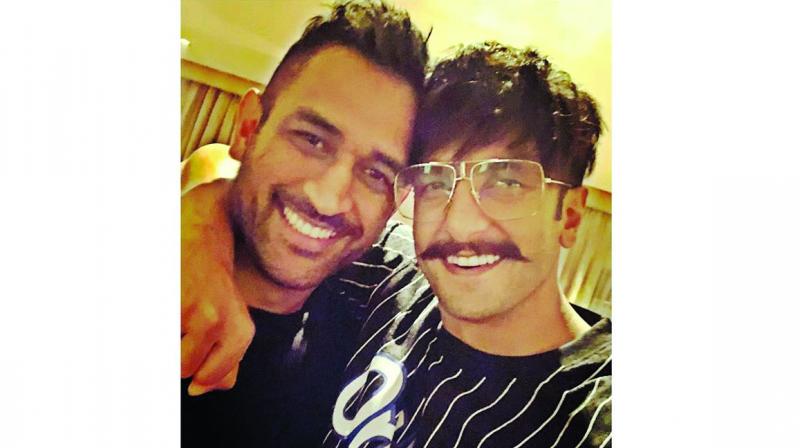 Bollywood powerhouse Ranveer Singh never shies away from expressing his love for fellow celebrities. Be it veteran actor Dharmendra or master blaster Sachin Tendulkar, the ‘Padmaavat’ star’s selfies are too sweet to miss.

The most recent addition on the 33-year-old's cheerful Instagram feed is ace Indian cricketer MS Dhoni. Singh shared a selfie in which the actor-cricketer duo is all smiles. While Dhoni dons the casual look in a black t-shirt, the ‘Befikre’ star can be seen wearing a jersey with gold-framed sunglasses.

The sports enthusiast will also be seen in ‘83’, in which he will play the role of legendary cricketer Kapil Dev. Directed by Kabir Khan, the sports drama is slated to release on April 10, 2020.

Singh is currently prepping for Rohit Shetty's 'Simmba' which is a remake of 2015 Telugu blockbuster ‘Temper’. Produced by Karan Johar, the flick will hit the big screens on December 28 this year and will mark the debut of Sara Ali Khan.