Director of Sarileru Neekevvaru shared this special introductory video from the film and wished the superstar with the bang. 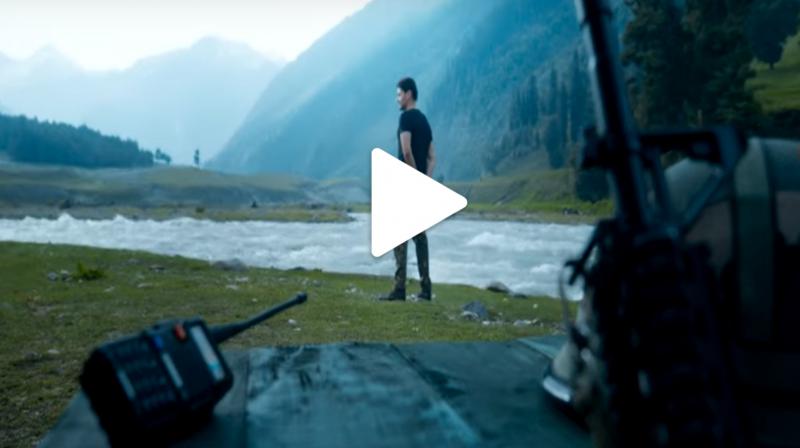 Mumbai: Keeping the ritual going on, Superstar Mahesh Babu strikes yet again on the account of his birthday with the small glimpse from his upcoming film Sarileru Neekevvaru. Director of Sarileru Neekevvaru shared this special introductory video from the film and wished the superstar with the bang.

The theme of Sarileru Neekevvaru will strike hard and the visuals look top class. Sarileru Neekevvaru Intro is a perfect birthday gift for Superstar fans. They have been trending the occasion across the circles of social media from some time. Vijayashanthi has a powerful role and this movie marks her comeback to Telugu cinema.

The introductory video looks so promising that the Sankranthi 2020 release of Superstar Mahesh Babu is going to be special. In the video Superstar, Mahesh Babu plays the role of Major Ajay Krishna and he has seen in a dashing avatar like never before.

Sankranthi 2020 is going to be special 💥💥#HappyBirthdaySSMB

The pan India superstar Mahesh Babu has a fan following across the nation and worldwide too and this small introductory video is a gift for all the Mahesh Babu fans on the account of his birthday.

After enjoying the massive success of Maharshi, Superstar Mahesh Babu is all set with his upcoming release Sarileru Neekevvaru and the testimony of the same is the introductory video of the same. The actor has recently launched his own clothing line named 'THE HUMBL CO' inspired by the larger than life persona of the beloved actor.