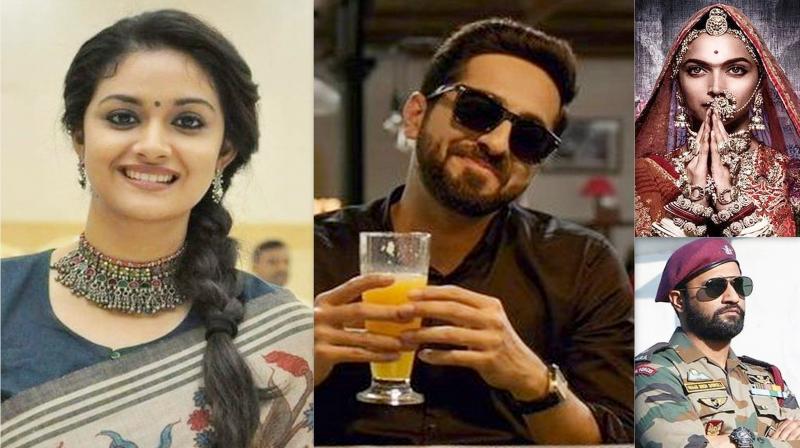 Mumbai: The much-awaited 66th National Film Awards has finally announced today. The winners of this year are the most deserving ones.

The list of awards includes Ayushmann Khurrana and Vicky Kaushal have bagged Best Actor Award for their performances in Andhadhun and Uri: The Surgical Strike respectively. On the other side, Keerthy Suresh won Best Actress Award for Telugu film, Mahanati. Adding to it, Surekha Sikri has bagged Best Supporting Actor Award for her incredible performance in Badhaai Ho. Arijit Singh has won Best Singer Award for 'Binte Dil' song from Padmaavat.

Here's the full list of the 66th National Film Awards:

Best book on cinema: Malayalam Book Mano Prarthana Pulley; In A Cult Of Their Own gets Special Mention

Social Justice Film: Why Me, Ekant

Best Film on Science and Technology: GD Naidu: The Edison of India

Actors who get special mention for their performance are Sruthi Hariharan, Chandrachud Rai, Josy Joseph, Savitri

Best Panchanga Film: In The Land Of Poisonous Women