Misha, who recently started walking as well, will turn one on August 26. 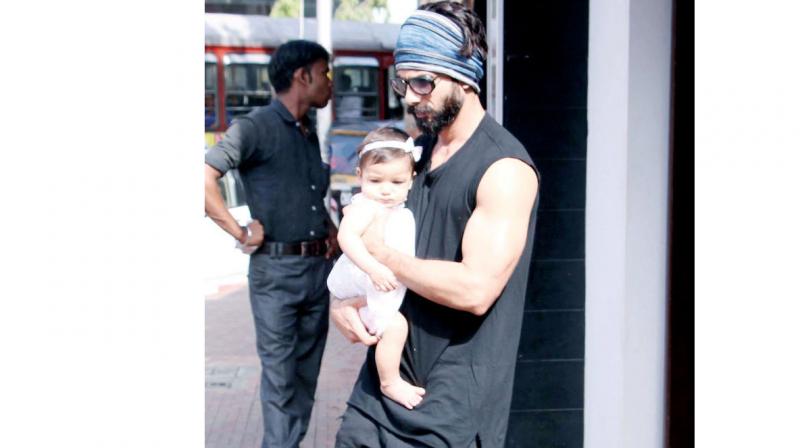 Well, Shahid, we are told, wants to spend quality time with daughter Misha as she grows up.

Shahid Kapoor has not signed a film in recent times after Padmavati. Shahid is currently shooting relentlessly for Padmavati and is keeping his priorities right.

Well, Shahid, we are told, wants to spend quality time with daughter Misha as she grows up. Hence, he has not signed any film in a hurry and wants to do only good projects with which he can balance his time.

Misha, who recently started walking as well, will turn one on August 26. But then Shahid does not want to be around in the country and wants to take Misha to a foreign location along with wife Mira. “We are probably not going to be in the country,” says Shahid.

Mira says that she does not want too much noise around that time. “She is very small. She will not understand what a party is nor will she remember it. It is not fair to subject the child to that,” says Mira.

Point taken. But where are they heading? “We are going to be abroad and will try and make family time,” says Shahid. But the Kapoor family does not seem to have booked tickets yet. Perhaps Shahid is not sure when big boss Sanjay Leela Bhansali will let him go.