Yesteryear heroine and politician has movies and web series lined up 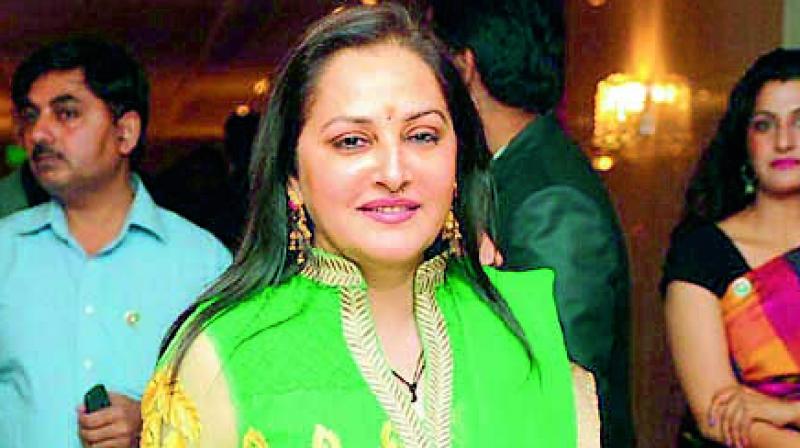 Actor-turned-politician Jaya Prada, who has portrayed to acclaim, many strong woman characters on reel, considers herself a dedicated, adamant and committed person.

“While these three qualities are usually seen as minus points in a woman, I consider them a blessing from the Almighty,” says the beautiful actress.

Given the retrospective tone in her comment, we wonder if she is on or wishes to start working on her biopic for the celluloid. Instead, she simply laughs aloud and says, “Let me think about it  maybe after I face more challenges  as of now, I have faced all the challenges possible in the political arena. On a serious note, though, I definitely wish to write my biography soon, and I assure you that I shall hand over the works of penning my biopic to some strong woman only.

Only then, would I like to reprise my own biography on the celluloid.” Coming back to the present, the actress points out how she wants to first support women who are undergoing sufferings, in an attempt to make them strong enough to face the wraths of the society if those befall them.

Jaya Prada, who was an iconic and influential actress from the late ’70s until the early ’90s, was seen in a television soap opera Perfect Pati on &TV. However, that was completed just as she turned her attention towards the elections in 2019. Now the actress and politician might be soon seen more often on screen.

“There is a web series I am doing. Additionally, I have been approached for two films though these are production houses from outside. I also have a Marathi film where I will be seen playing a strong character,” she tells us as we wrap up the interaction.