The veteran actress, who has also dabbled in politics, followed Neena Gupta’s example and took to social media to look for work. 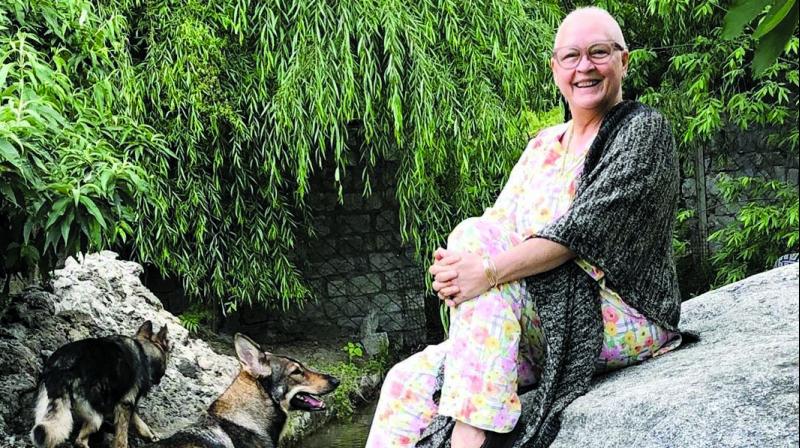 Veteran actress Nafisa Ali, who has defeated cancer and come out strong, is an inspiration to many. The 62-year-old actress took to social media, like her friend Neena Gupta, and asked if there is any work that would suit her personality.

And while she was not desperately looking for work, she reveals that she did get calls after posting it. “I won’t deny, yes, I did get a call after I posted that. But I am not allowed to talk about that project,” she says.

“Having said that, it is not that I am looking for work desperately. What I was trying to send out to the universe is that I would love to put out my energy doing some work. I have overcome my tests scan and my cancer has gone. There is no cancer visible and I am not under chemo, and I wanted to celebrate that,” she further explains.

“I just wanted to say that ‘here I am, standing strong.’ If there is any part for me that will suit my personality then I would love to do it. That’s why I said it; it is not like I have nothing to do in life and dying to work. I have an action-packed life its such a hectic schedule,” the Major Saab actress adds.

Even Neena Gupta did the same thing a few years ago, and things did change for her. Now, the actress is flooded with offers. Talking about Neena, Nafisa says, “She is my dear friend. It is amazing that she did that and got beautiful roles to act. I am happy for her.”

When asked if she feels that the industry is ignorant towards older actors, the actress says no. “I always put my perspective forward for the new and young generation. Family time is important. In Indian cinema and society there is warmth and respect for elders, so therefore to project older actors in films is an equally important part of cinema. Cinema is not only about young people,” she says.

The actress, who has also dabbled in politics as part of the Indian National Congress party, reveals she has no plans to write a book about her life. “My life has many lovely stories and it has been such a wonderful journey. It has been a mix of ups and downs and motivational journey. To write just about cancer, I am not sure. My journey and story will help many others so it is very daunting to do so,” she explains.

When asked if she regrets not having worked when she was younger, Nafisa says that she lead a disciplined life, and she loves her family. “It was a suppress feeling to just be a wife and mother. Children should be given motivation that life is about following their passions, so I had decided that when my youngest turns five I will come back to media. I became a show stopper for a show then media saw me again and I got some work,” the  actress says.

As for her aspirations for her political career, she says “It had never stopped. Everybody has the right to choose which kind of politics they prefer. Now they are targeting school voters, that is the new target of the government. Brainwashing people without presenting the facts logically,” she concludes.