I'm Sindhi, how can I pay double: Tamannaah on buying flat at high price

The actress has recently rubbished the reports of paying a high price for her house in Mumbai. 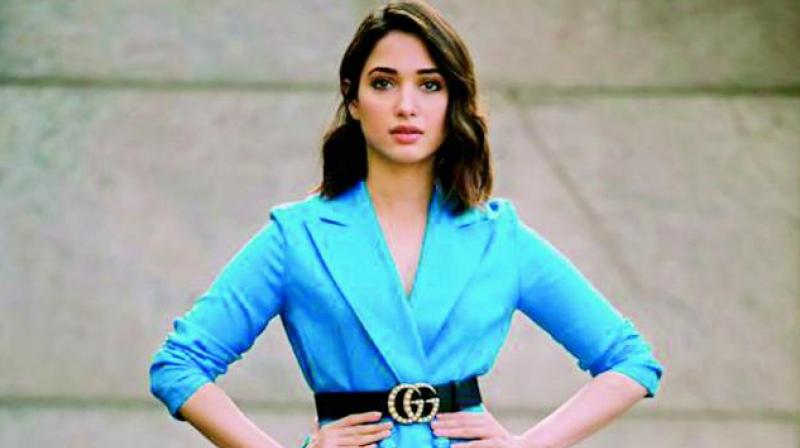 Mumbai: There were reports surfacing on the internet that 'Baahubali' actress Tamannaah Bhatia bought a lavish sea-facing apartment in Versova, Mumbai at double price of its existing selling amount. But now, the actress has recently rubbished the reports of paying a high price for her house in Mumbai.

In an interview with Mumbai Mirror, Tamannaah revealed that she got surprised after learning about the same. She also revealed that she even got a phone call from her Hindi teacher about the same. She told the tabloid, "I told him, I’m Sindhi, how can I pay double the price for an apartment? After a while, it became embarrassing as people kept asking about it. I have bought a house, but I did not pay double for it. My parents and I will move into it once the house is ready. I just want it to be a simple, artistic house with an earthy look."

Speaking about a collaboration with Nawazuddin Siddiqui, Tamannaah said, "I was looking for a challenging role and as soon as I heard this story, I knew that I had to be a part of it. Also, it’s an opportunity to collaborate with an actor like Nawaz. Ours is a socially relevant film but without being preachy. Most women will be able to connect with my character.”

Tamannaah will next be seen opposite Nawazuddin in Bole Chudiyan which is being helmed by Shamas.