After giving hits like Tum Bin and Ra.One, the director is back with an intense courtroom drama incorporating events from the Mumbai attack. 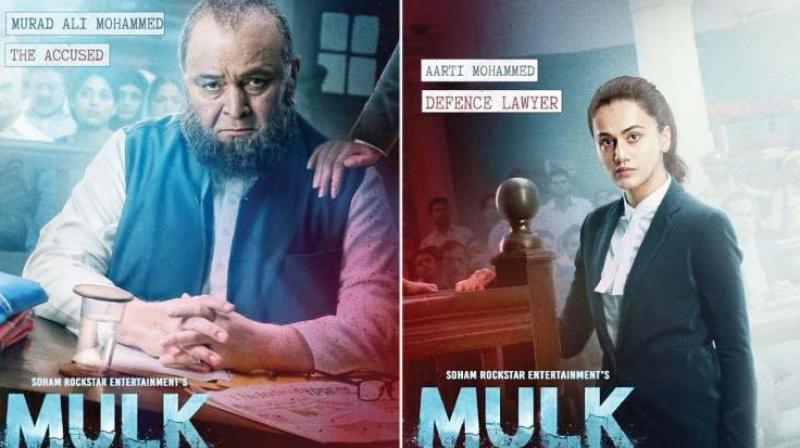 The poster for the film Mulk

The teaser of director Anubhav Sinha’s Mulk, starring Rishi Kapoor, which hit the screen last month, promises to be an intense courtroom drama and is said to be inspired by several real-life events.

But it is the tragic events of 26/11 that bring a new twist to the film. A source close to the production states, “While the entire film is based on different events that highlight the socio-political perceptions plaguing the nation, Anubhav wanted to bring about a mass awareness that mobilizes the foot soldiers of change. A lot of inspiration was taken from 26/11, Hindu-Muslim riots, and Babri Masjid, for the narrative to give a new perspective on the Hindu-Muslim conflict and showcase a resolution. India is ranked number four in the world when it comes to communal violence and while the Constitution allows for religious freedom, it’s rarely practiced and that aspect was something that Anubhav wanted to portray.”

In the teaser, Prateik Babbar has been made to resemble Ajmal Kasab; veteran actor Rishi, who plays Murag Ali Mohammed, has dialogues highlighting Osama Bin Laden while Taapsee Pannu represents a balance between the two worlds (Hindu woman Aarti married to a Muslim man Mohammed). The film also stars Rajat Kapoor, who is caught up in an identity crisis, as he plays the role of Muslim Danish Javed, who is investigating a Hindu-Muslim case.

The film is produced by Deepak Mukut and Anubhav Sinha, with the latter also directing the film.