Mimoh is embroiled in a legal battle as a woman he allegedly befriended and had a relationship with has accused him of rape. 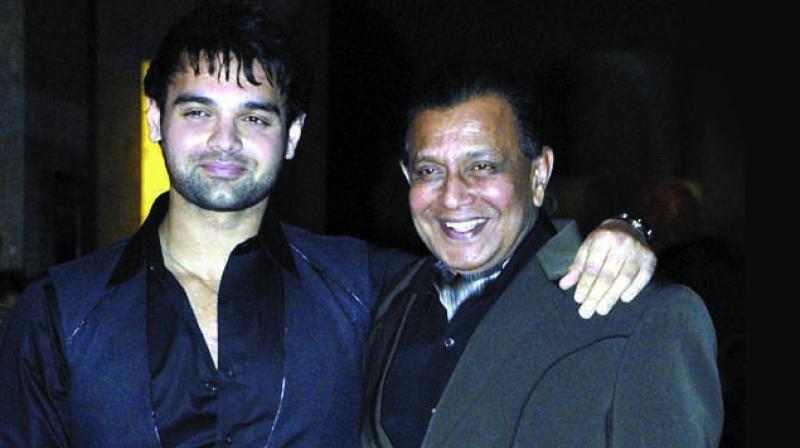 Weddings are a time for mirth and merrymaking, however the situation is quite different at the Chakraborty household. Mithun Chakraborty’s son, Mahaakshay aka Mimoh, was supposed to tie the knot on July 7, but the wedding was cancelled after a team of cops made an appearance at the venue.

Mimoh is embroiled in a legal battle as a woman he allegedly befriended and had a relationship with has accused him of rape. In her plea, the woman alleged that Mahaakshay had raped and cheated her after sharing a physical relationship with her for around four years on the pretext of marriage. The woman also alleged that she suffered an abortion after Mimoh gave her a medicine and that Mithun’s wife, Yogeeta Bali, threatened her of dire consequences if she continued her relationship with Mimoh.

Despite the ongoing legal dilemma, Mimoh’s marriage was fixed with actress Sheela Sharma’s daughter, Madalsa. The couple was supposed to tie the knot on July 7 at Mithun’s posh hotel in Ooty. The bride’s mother even gave statements to the press that the wedding would take place as per schedule, regardless of the accusations against Mimoh. Ho-wever, with the cops descending on the venue, the wedding plans have now gone for a toss.

Apparently, no big name from the entertainment industry in Mumbai was invited for the wedding.

A close friend of Mithun says, “We were not even told about the wedding. Considering the way things panned out, it was for the best. We really don't know how Mithunda is going to sort out this mess.  We understand he is seeking the help of his influential political friends.  Lekin maamla sensitive hai (the matter is sensitive). No one wants to get into a situation where a woman is the accuser.”

The friend also hinted that all was not well between father and son. “Mimoh is the apple of Mithunda’s eyes. That fact that the boy has shamed his parents and even dragged his reclusive mother into the matter is distressing to Mithunda,” says the friend.