The actor had starred as the iconic twin brothers in the 90's cult film, which still remains one of his most loved works. 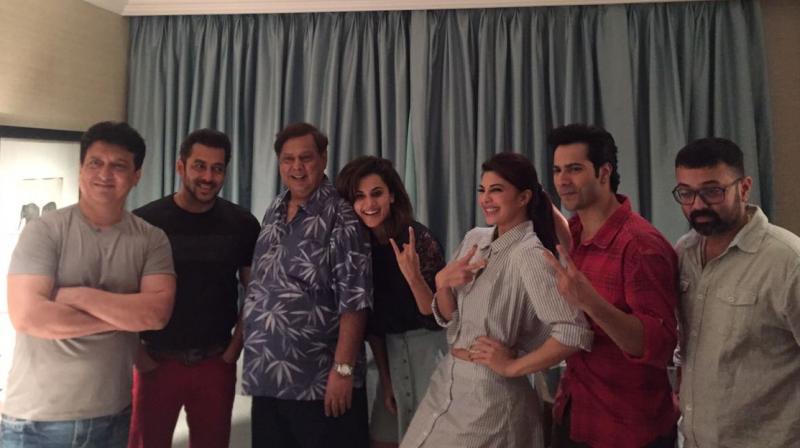 Mumbai: Salman Khan has joined the star cast of  'Judwaa 2' and confirmed that he will be a part of the remake of the 1997 hit 'Judwaa'.

Varun Dhawan, the film's lead actor took to Instagram and shared a photo where the ' Tubelight' star can be seen posing with the whole star cast of the film.

#Judwaa2 just got bigger. The man @BeingSalmanKhan is in it now pic.twitter.com/HH3j5lOC0A

The 'Sultan' star also shared the photo and captioned it, "Judwaa2!"

Meanwhile, Jacqueline Fernandez and Taapsee Pannu also shared some moments of the meeting on their social media accounts.

Salman worked in the original movie, which also starred Karisma Kapoor and Rambha.

In the second installment, Varun Dhawan reprises the role of the superstar.

The flick is slated to release on September 29.