In a candid chat, Ajay Devgn talks about the importance of being healthy, his son Yug and his daughter’s reaction to trolls. 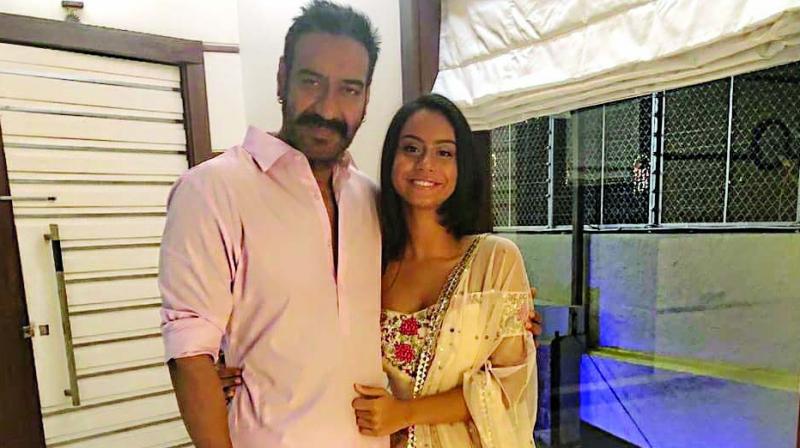 With Ajay Devgn’s latest release De De Payar De getting a good response at the box office, the 50-year-old actor belives in staying healthy by all means. “Nowadays, it’s not only actors who maintain a healthy regime but being healthy has become a normal mantra for one and all. People all over the globe are doing different exercises so that they may live a long and healthy life,” the actor says.

However, he also understands that the pressure to look beautiful is more prevalent in the film industry, and has led many to go under the knife for it. “I do understand the pressures about looking beautiful in the world of glamour. But whether they wish to allow the knife or not is totally their choice,” he says. “Everyone has their own opinion on this, but I personally don’t believe in this. Jisko jo karna hai, karein! Mujhe apna dhayan naturally rakhna hai (People can do what they want! I want to take care of myself naturally). Aging naturally is a different process altogether. I will follow that,” he adds.

The actor, who has been in the industry for decades now, works on his acting skills as much as he does on his health. He reveals that he worked with a maulana to improve his Urdu and Hindi accent. “Luckily we spoke Hindi and Punjabi at home. But to be clear with my Urdu diction, I went to learn Urdu from a maulana in my youth,” he says. “I remember I would put some marbles in my mouth and pronounce Urdu words to learn the correct diction. Marbles helped me pronounce Urdu words clearly. I also improved on my Hindi diction, which is helpful to me even now while reciting dialogues,” he recalls.

Switching gears, he talks about his son, Yug’s aspirations. Ajay says he is too young to know yet. “You never know, slowly he will get into his studies more seriously. However, today’s kids have a lot of exposure. They have the Internet as well as television and more to learn from. We did not have such platforms. Whenever I am stuck with my cell phone, I just take it to Yug, and he brings it back to normalcy without any effort.”

And as for his daughter Nysa, who was recently the subject of a social media meme-fest, Ajay says she doesn’t care. “Jo bhi yeh karte hain, unka mind-set bakwaas hota hai (The mindset of people who do these things is rubbish). So we too, don’t bother about all that, nor do we pay any heed to such nonsensical comments made through fake identities,” he adds.