‘Kaala’ released in theatres on Thursday and it opened to 1.76 crores in Chennai, beating Vijay’s ‘Mersal’. 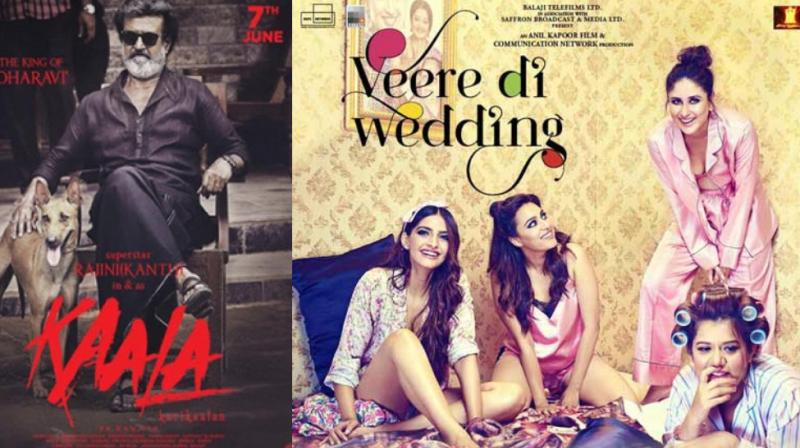 Rajinikanth’s ‘Kaala’ released in theatres on Thursday and it opened to 1.76 crores in Chennai, beating the collection of Vijay’s ‘Mersal’.

On Friday, it stayed steady, collecting 1.44 crore gross in the city, thus earning a total of 3.2 crores in two days.

Back in Mumbai, ‘Veere Di Wedding’ is still creating storm since after ranking in the first 5 highest grossing openings of 2018, it has become the fifth highest opening week grosser of 2018.

But both ‘Veere Di Wedding’ and ‘Kaala’ might have to face tough competition from Salman Khan’s upcoming Eid release ‘Race 3’.