I can’t make a difference to a film alone, says Salman Khan

A tete-e-tete with Salman Khan 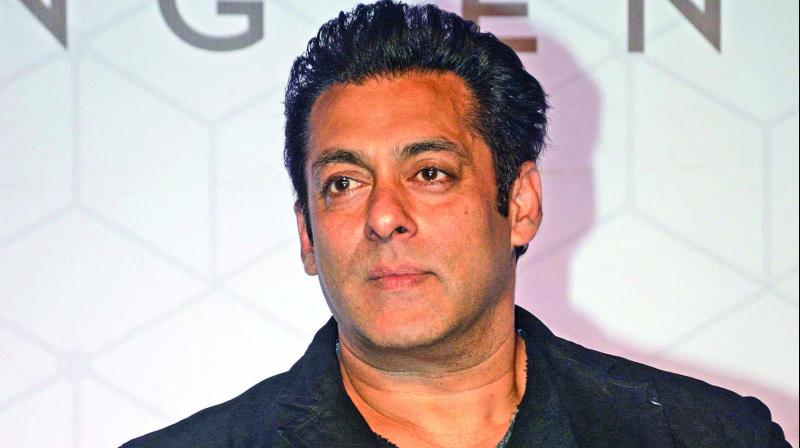 Is Race 3 loaded with drama and suspense?
There’s no drama and suspense — I don’t like such films. Rameshji may disagree with me but the suspense is in our minds. Race 3 is a musical bonanza and an action film. It’s the type of film that will keep you guessing.

Why do you think a lot of children are your fans?
I’ve often wondered about this. I think it’s because even though I am a star, I am myself. There is no pretense. I talk like all the commoners in the country do. I speak what’s in my heart. Usually, there’s only positivity in my mind when I converse. But people try to find negativity and exploit it. They run it on TV and social media for three to four days so that their TRP increases. It’s all a game.

Who is your favorite action hero?
I like Vinod Khanna’s fighting style. Sanjay Dutt, Sunny, Jackie Shroff and (young) Amitabh Bachchan are all admirable. Dharmendra would do romance, action and comedy. He could fit in anywhere. He was machismo and had good looks. But he’s not been given the credit that’s due to him.

Tell us about your bond with Anil Kapoor?
Anil Kapoor and I have done No Entry, Biwi No 1 and other films together. Don’t remind him of Yuvraaj (laughs). Though he was never the ideal hero of Bollywood, Anil Kapoor is perhaps the most hardworking one. He’s taken care of himself and is very disciplined. The best part about him is his enthusiasm to work hasn’t died yet. He’s also ready to experiment. I feel Anil Kapoor is the only replacement to Mr. Bachchan. He is now doing the kind of roles Mr. Bachchan took up during Mohabbatein. Maybe after 25 years, I will also follow their footsteps. Kuch aur saal chalega mere liye! (I can go on a little while longer!)

What makes Race 3 aspecial film?
Rameshji has made Race 1 and Race 2. We definitely have to top those films. I can’t make a difference to a film alone. The writer, director, heroine, star cast, music director cinematographers and choreographer, we all work together to make the film. And then there are the fans. My presence doesn’t assure the film will run for two weeks. The cast is so dedicated that we are even thinking of making Race 4.

How many cars have you blown up for the film?
We have blown up 15 to 16 cars like BMWs, Rafters and Mercedes. These cars were hardly used and were almost new.  And there’s no count of the motorcycles we’ve blown up. Interestingly, the first person to blow up a car was Feroze Khan in Qurbani.

How did you help Bobby Deol get fit?
Bobby Deol will never get a chance to be lazy now. He has to work out every day and has been allowed one cheat meal a week. Otherwise, he is on a strict diet. You have to have a clear mind and work out every day if you want results.

You’re the distributor for Race 3?
We are distributing the film ourselves as we have spent so much; we can’t pay anyone else now. We were trying to work with Eros but it didn’t work out. I am not a businessman. I have an understanding of how many theatres we need.

How did you overcome your lows?
Even if my films haven’t done well, my fans have always been there. I have always received love, even if it’s for the commercials I’ve done before Maine Pyar Kiya. There were films like Tere Naam. Even then people have stood by me. I have been complacent. But my fans have greeted me just like they did during Maine Pyar Kiya and  Karan Arjun. Their love for me has never changed. But since I come from a writing background, I have been very lucky with script selections, like the film Jagruti.

Do you like dancing?
Most of these dance styles have gymnastics, hip hop, somersaults and backflips. It takes a long time to learn all that and it’s really tough. I don’t like such dances. The kind of dancing I like is how 98 per cent of people dance.