Happy birthday Sonam Kapoor: Fashionista to look forward to, actress not so much

Sonam Kapoor Ahuja is also one of the most awaited faces on the red carpet of Cannes Film Fetsival. 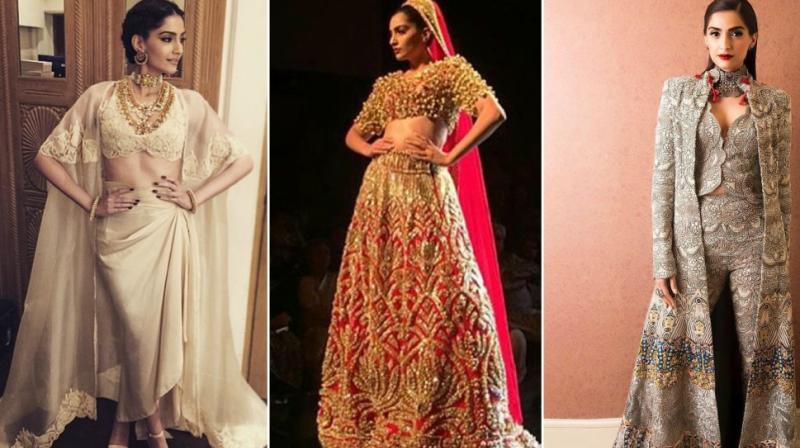 At the age of 33, Sonam Kapoor Ahuja believes she is making a mark in Bollywood. She is, but not as an actress and rather as a fashionista.

Sonam has done many movies, some even with stars like Akshay Kumar (‘Thank You’) and Salman Khan (‘Prem Ratan Dhan Payo’), but her claim to fame has always been the fashion industry.

She started her career with ‘Saawariya’, a movie which was forgotten as soon as it released. Sonam was reported to be dating her co-star Ranbir Kapoor then and life comes to a full circle for her since she has been cast as his girlfriend in the upcoming movie ‘Sanju’, which is a biopic on superstar-criminal Sanjay Dutt.

The actress always had a sense of style, which soon became her identity, especially after doing films like ‘Aisha’ and ‘Khoobsurat’ which also starred Pakistani actor (making his Bollywood debut) Fawad Khan.

Sonam has been credited for her acting skills only in one movie – ‘Neerja’, which also got the actress her first National Award.

And through this, along with her family, stood her husband Anand Ahuja, who got married to the actress recently. Before taking the plunge, Sonam opened a clothing line called Rheson along with sister Rhea Kapoor. She is the top choice for magazines because of her glam sense.

Even today, Sonam is often remembered for her clothes than her acting, take for example even her recent release ‘Veere Di Wedding’, which, despite being her production film, did not garner her as many praises as Swara Bhasker, Shikha Talsania or Kareena Kapoor Khan got.

Sonam Kapoor Ahuja is also one of the most awaited faces on the red carpet of Cannes, which is also where her journey of fashion began, and knowing that her husband Anand too is involved with brands, clothing and shoes, it doesn’t look like life changes for Sonam any time soon as she might continue being a fashionista before an actress.