The actors confirmed the title of the name in an interesting way, by sharing posters of each other's character names. 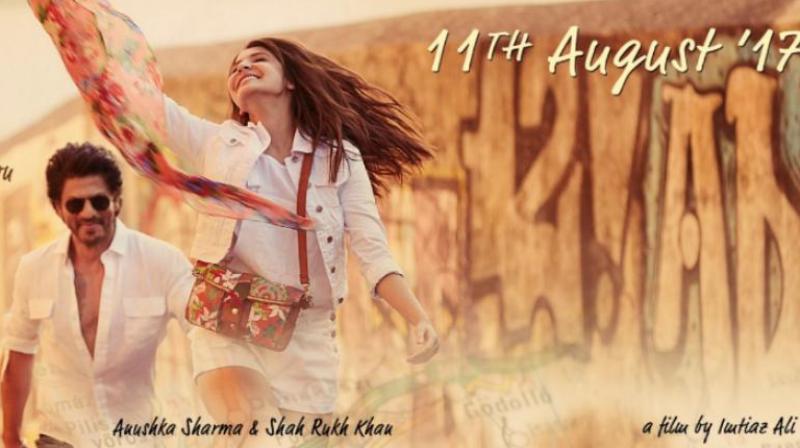 Mumbai: After starting off with the working title, 'The Ring', Shah Rukh Khan and Anushka Sharma's film directed by Imtiaz Ali was said to have been named 'Raula' and 'Rehnuma'. But it turns out, none of those were true as the film has finally been titled ‘Jab Harry Met Sejal.’

Shah Rukh and Anushka shared posters and you might be mistaken to think that the film was either titled ‘Jab Harry’ or ‘Met Sejal’ as the two actors shared separate posters of each other's character names in the film.

...is seeking you! @AnushkaSharma @RedChilliesEnt pic.twitter.com/8L6N7d5req

What you seek... @iamsrk @RedChilliesEnt pic.twitter.com/I48uQ102Su

The shoot of the film took place at various places in Europe like Amsterdam, Budapest, Prague and Lisbon and some of the European countries rightly feature on the poster, with the couple twinning in white and having a ball.

While the makers had earlier announced August 11 as the release date, it has now been advanced by a week, to August 4, according to a leading trade analyst.

This could be to avoid a clash with Akshay Kumar’s ‘Toilet- Ek Prem Katha’ which is also scheduled to release on the same day.

Apart from the European cities, the film has also been shot been in Punjab.