The actress will be seen in a biopic on the math genius, Shakuntala Devi. 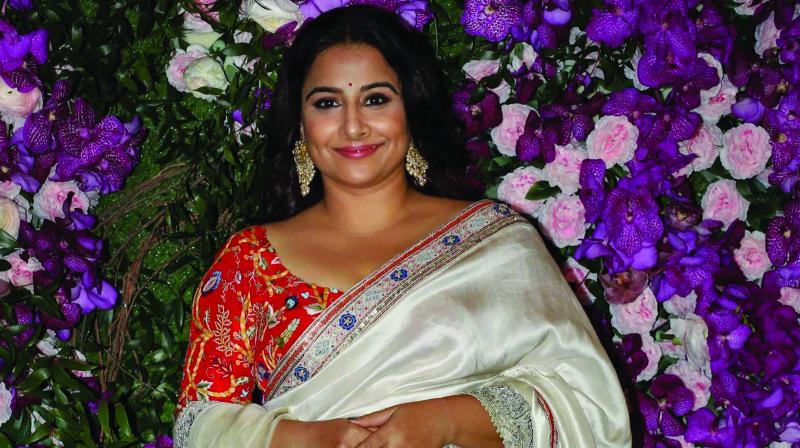 Vidya Balan has been approached to play roles inspired by real-life people several times. The actress recently purchased a book on the life of Indira Gandhi in order to accurately portray the former leader in a web series. She also played the role of NTR’s wife, Basavatarakam in the Krish directed film series and had earlier reprised a role inspired by Silk Smitha’s in the film The Dirty Picture. She was also approached to do a biopic on Meena Kumari by director Shashilal Nair.

And now, Four More Shots director Anu Menon has made Vidya sign on the dotted line for a biopic on Shakuntala Devi, the math genius.

The film produced by Vikram Malhotra, who had also backed Vidya’s Kahaani, will mount the floors this year and release in the summer of 2020. “I am extremely excited to play the human computer, Shakuntala Devi, on the big screen. She was truly someone who embraced her individuality, had a strong feminist voice and braved many a naysayer to reach the pinnacle of success. But what truly fascinates me is that you wouldn’t normally associate a fun person with Math...and she completely turns that perception on its head. How incredible that ‘The Math Genius’, ‘The Human Computer’, was a small-town Indian girl, who took the world by storm,” says Vidya in a statement.

Shakuntala Devi, a mathematical wizard, was known for her ability to make incredibly swift calculations. Shakuntala’s genius was first discovered at the age of five when she solved a math problem for 18-year-old students. She earned for herself a place in the 1982 edition of The Guinness Book of World Records.