Choocha is up for a buzz!

Varun Sharma, popular for his character Choocha, was in Delhi to host a Bollywood quizz show and shared his experience. 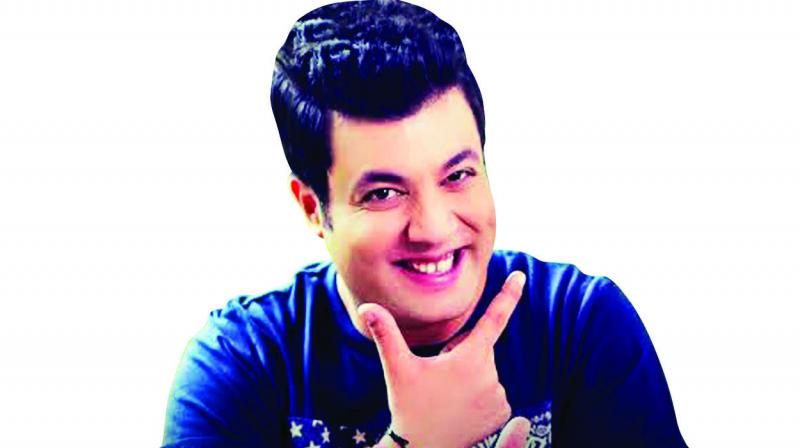 The popular Fukrey character Choocha aka Varun Sharma is now hosting an MX Original Series ‘Bollywood Buzzinga’ – a quizz on Bollywood and much more.

This is purely to prove that Bollywood is much more than just movies.

You grow up dancing to its tunes, you cite dialogues that stick with you in regular conversations and many a times you even try to embody your favorite actor.

But how well do you really know everything that there is to know about this mammoth industry?

Testing knowledge of your favorite celebs and films, comes  India’s one of a kind Bollywood quiz show ‘Bollywood Buzzinga’ is the perfect amalgamation of all things Bollywood, feels Varun.

This MX Original Series, as he claims, is fun, entertaining, high on drama and completely jhakaas.

The series, he says, promises to make one’s weekend a blockbuster hit and will stream for free every Saturday.

One of the biggest Bollywood fanatics, the renowned “Choocha”, Varun Sharma is now hosting the quiz show on the web and of course looks up to the experienced. Guess who he drew inspiration from to prepare for his role?

Varun Sharma in the poster of Bollywood Buzzinga

He says, “While growing up, I used to watch various quiz shows. One amongst that was the very famous Bournvita Quiz Contest hosted by Derek O Brien.

I have always admired his personality, style of speaking and his approach. Even Siddharth Basu, his work and outlook are just perfect.

While prepping up for Bollywood Buzzinga, I always had Derek O Brien and Siddharth Basu on my mind. They have been great hosts.”

Speaking about the show, he recalls, how he has totally enjoyed his stint as a host.

“During award functions when a Bollywood buff like me was asked to host a quiz show such as this, I instantly said yes. Whether you’re 8 or 80, if you love films and follow the lives of your favourite celebrities, this series is a must watch for you.”

“The segments have varied formats of trivia which will truly leave you searching for answers even I as a hardcore cinema lover couldn’t guess myself!” he added.

On his visit to Delhi, he excitedly says, Bollywood, on multiple levels, has looked at Delhi as a muse, be it for the city’s rich history or multifaceted culture. “With so many films being based in Delhi, a visit to the city was a must! A bunch of my films have been shot here and it is always a pleasure to come back and visit the capital,” he adds.

Gone are the days when you need to wait until the clock strikes 9 and gather together to switch on the TV.

The show, Varun claims, is fun but it also tests your brain cells by challenging you with questions that will need you to dig deep to answer. Each episode, according to him, will witness contestants battle for the ultimate crown of being a true fan and will answer questions ranging across the spectrum with multiple difficulty levels.

Every episode will also have a walk-in celebrity guests like Nora Fatehi, Neeti Mohan, Shikha Talsania, Karan Tacker and Maanvi Gagroo amongst others who will not only participate in the game but also add pizzazz to show. From Kareena Kapoor Khan’s debut film to Shahrukh Khan’s most famous dialogues…the show will cover it all.

Varun has got such a strong recall thanks to Fukrey that it is almost impossible for him to break free from Choocha, even as he is trying his best to wear other hats.

While he is grateful to be remembered for his comic character that has got him rave reviews and most importantly a new recognition, he feels he wants to try out other roles as well.

He recently hit headlines for his new film Chichhore directed by Nitish Tiwari of Dangal  fame.  He is hopeful that Chichhore and Bollywood Bazzinga will be able to help him come out that so called “funny man” mold and  do other character roles too.