The actors were seen singing the Happy Birthday song and applying cake on Anurag Basu's face. 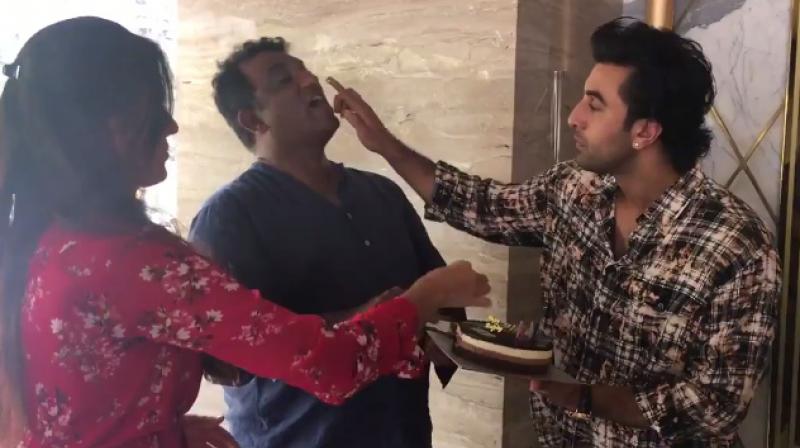 Mumbai: One of the most delayed projects in Bollywood in recent times, 'Jagga Jasoos' is now finally set for a release.

The leads and ex-lovers Ranbir Kapoor and Katrina Kaif have been shooting for their final portions in the last few days.

Despite several reports of Ranbir and Katrina finding it awkward to shoot with each other post break-up, it seems that the two actors are just going with the flow and shooting together so that the film sees the light of the day.

Several pictures of the two in the same frame were shared recently, one where they posed for a selfie with their co-star Sayani Gupta and another where they were seen holding hands, in a still from the film, both giving fans of the couple hopes of their reconciliation.

The couple were spotted together again, this time to celebrate the birthday of their director Anurag Basu.

In a video that made its way to social media, we see Ranbir and Katrina singing the Happy Birthday song for Anurag and applying some cake on his face during the celebrations.

While the two did come together, they did not interact with each other and seemed awkward in each other’s company.

Much of this awkwardness might also be visible when the couple comes together again, during the promotions of the film.