The ‘Half Girlfriend’ director confessed of pre-judging Arjun before meeting him for this film’s discussion. 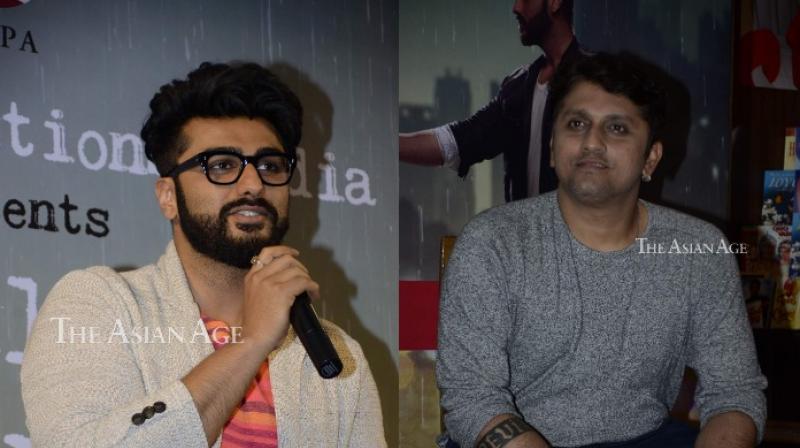 Mumbai: The makers of the film ‘Half Girlfriend’, which is an adaptation of a novel of the same name, re-launched the book on Monday, with the film’s leads Arjun Kapoor and Shraddha Kapoor on its cover.

According to 'Half Girlfriend' director, Mohit Suri, the film's team was suggested time and again with other names than Arjun, who would have the potential to play the lead role better.

While Arjun was already shooting for another film, he showed a keen interest in Mohit’s film and asked for a meeting for this film’s discussion. They ultimately met, but before this meet, Mohit was apprehensive about Arjun’s calibre to bring out the character of Madhav Jha in ‘Half Girlfriend’.

Mohit confessed of pre-judging Arjun before meeting him for this film’s discussion.

Talking about his notions about the ‘2 States’ actor, he confessed, “I pre-judged him before I met him. I pre-judged him to be a boy who has never taken anything seriously in his life, never went and studied, but came from a big producer’s family, got launched in a big studio and has found his way to success. So, how would he appreciate the kind of character Madhav Jha has to be?”

“I was not looking for a person who belongs to Bihar, or someone who knows the language. I needed the emotional pulse what Madhav Jha had. Arjun Kapoor is a person who has been brought up (although his father has been around) by his mother solo in his house. Arjun's mother has been somebody who I have respected and also worked in her studio. She has single-handedly in a male dominated society brought up her son and gave him the values of how to respect women,” said an emotional Mohit.

He continued to speak about how Arjun keeps joking around about having a girlfriend and his thoughts while he was over-weight.

“Arjun always said that he never had a girlfriend, he was too unfit at that time to get a girl. He keeps joking about that. But somewhere he worked hard, he lost the weight and he got launched not in his father’s banner, but in one of the studios which most of the people in the country would want to get launched at. I got to know that he went and auditioned there, as every other actor in this world, would have wanted to work in this studio,” said the proud director.

“I was looking for emotional impulses which he gave me and that’s the reason he was cast,” concluded Mohit.