The comedian-turned-host talks about the show, rivalry with Kapil Sharma. 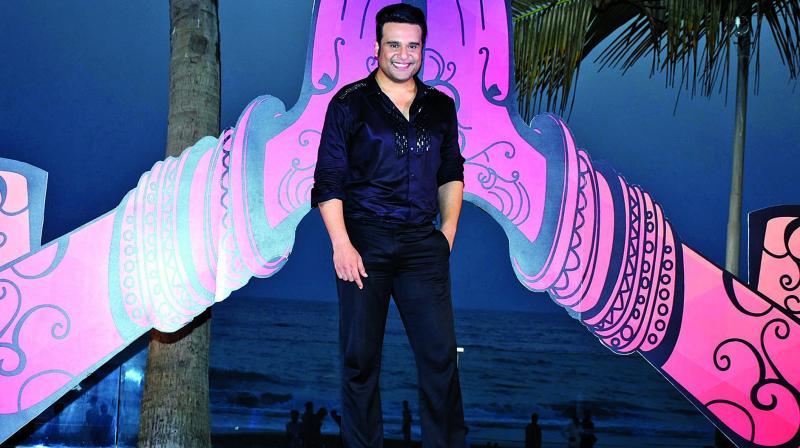 Krushna Abhishek is back as a host with the new reality series, India Banega Manch. The comedian-turned-host talks about the show, rivalry with Kapil Sharma, and more…

How’s India Banega Manch different from other talent hunt shows?
Viewers watching reality shows on their television sets at home end up becoming judges too. They  ask why a particular contestant was voted out even though he performed well. This show will turn the public into judges. But they will be unaware that they are judging. The cameras will be strategically placed. In reality shows, a comment is re-shot or the audience is forced to clap. But it won’t be the case in this show. The hosts sit in a control room and observe things. The audience reaction is very real because they are not asked to clap. Here the contestant that gets maximum people to cheer for him will emerge as our talentbaaz.

Is it true that Sunil Grover is replacing you as the host in Entertainment Ke liye Kuch Bhi Karega?
I don’t know if Sunil Grover is indeed hosting it. I’ve done a season that was very successful. Sunil is incredibly talented and if they have chosen him, it is a good thing. It’s high time he got his due. When Comedy Circus was airing, people would only watch Bharti Singh, Kapil Sharma and me. Even though Sunil was part of the show, he didn’t manage to shine at that point. I think now the world knows how talented he is. I’ve been watching him. I’m happy that he’s hosting; if I were sitting idle at home, I wouldn’t have been happy.

When Comedy Nights Bachao and Comedy Nights Live went off air, it was said that Kapil Sharma had the last laugh. Your reaction?
Of course, I didn’t like it. But everything is fair and it’s healthy rivalry between Kapil and me. At times we do well, at times our rivals do well. After Comedy Circus, when he made his own show, I was truly happy to see him grow. Kapil has taken the entertainment business to a level where he has given other comedians a rare respectability too.

In the wake of his recent controversies, do you think  arrogance is destroying Kapil career?
I don’t think so. Things happen. It’s part and parcel of life. He is not as arrogant as he is being made out to be. Fights happen between two friends. I think the spat was just blown out of proportion.

Now that all’s well between Kapil and you, are you really collaborating with him for a show?
We have not planned anything yet but I would love to work with him. Professional rivalry is a given between people, channels, and shows. Personally, we both respect each other a lot.