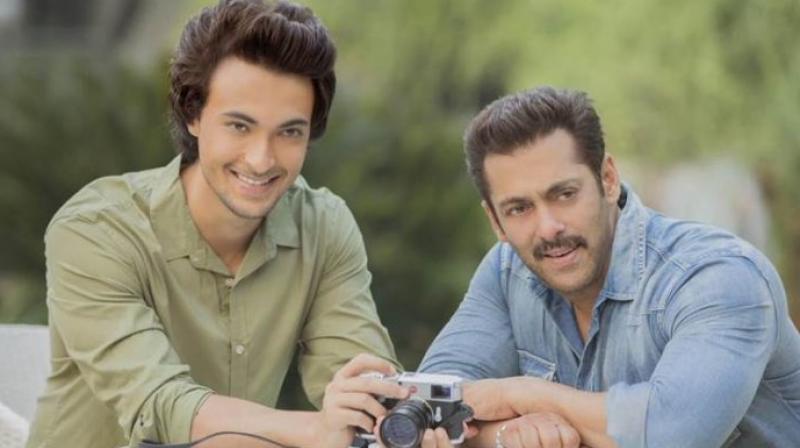 Aayush Sharma was supposed to do 'Raat Baaki' with Katrina Kaif before SKF took him under their banner for 'Loveratri'.

Mumbai: Salman Khan’s brother-in-law Aayush Sharma had expressed his desire to become an actor some time back.

Upon hearing that, Bhai got into instant action and looked for a movie Aayush could star in.

This landed him in Karan Johar’s office, who was going to launch director Aditya Dhar in Katrina Kaif starrer ‘Raat Baaki’.

‘Raat Baaki’ was going to star Karan’s ‘Ae Dil Hai Mushkil’ actor Fawad Khan, but since there was a ban imposed on Pakistani actors working in Hindi cinema, the team was already in search for a new face.

Taking the opportunity, Salman roped in brother-in-law Aayush’s name for the project, but then neither Aayush bagged the project nor is it being produced by Dharma anymore.

A source close to the development revealed to us exclusively, "Earlier to be produced by Dharma Production, Salman Khan's production house SKF later acquired the rights of the films. Salman wanted to launch his brother-in-law Aayush Sharma alongside his muse Katrina Kaif but director Aditya Dhar wasn't keen to his ideas."

However, Aditya still requested Salman for a screen test of the debutant actor Aayush Sharma, which was an epic failure.

"Aditya requested Salman to take the screen test of Aayush and the latter performed so bad that Aditya refused to direct him in the film," the source added.

Post this, Salman decided to launch Aayush in ‘Loveratri’ alongside a newcomer Warina Hussain.