Ventilator, the Marathi movie she produced, has bagged three awards. 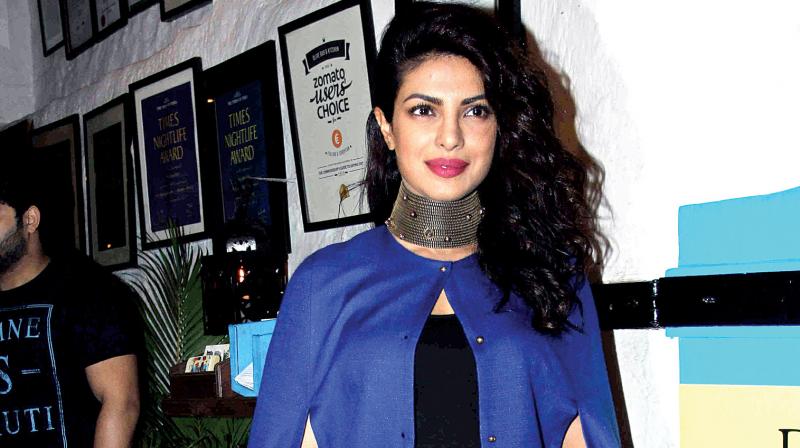 Priyanka Chopra may currently be shooting in L.A., but the actress is on top of the world. The Marathi movie she produced, Ventilator, has won three National Awards, including the best director for Rajesh Mapuskar.

Barely able to contain her excitement, PeeCee says, “I just had a deja vu moment. I was woken up early morning with the amazing news that our film Ventilator had won three National Awards. It was pretty much the same way I was informed that I had won my first National Award as best actress for Fashion!”

She adds, “The emotions are the same — pride, joy, excitement, gratitude, and

Priyanka says that being a producer on the project was not an easy task. “This was a difficult film to bring together, with such an amazing ensemble cast of over 116 actors from Marathi cinema, and theatre backgrounds, tight deadlines, and crazy schedules. But we made it happen, because we truly believed that this story needed to be told,” she explains.

The global actress, and budding producer, can’t help remembering her dad. “I wanted to make this film for my father, and I know he would’ve been very proud right now,” she says. “I am extremely proud of the entire team.”

Priyanka admits that she also has big plans as a producer. “We are barely a year and a few films old, and Ventilator is our first Marathi film. So these wins are an extremely encouraging sign for us as a team. This is a reiteration that our production house, Purple Pebble Pictures, is headed in the right direction, in terms of our vision — giving new talent a platform to showcase themselves, good storytelling, and expanding the canvas of cinema, including regional,” she signs off.