The first and second segment of the series had fun chats and also took the audience back tracing the journey of the two Superstars. 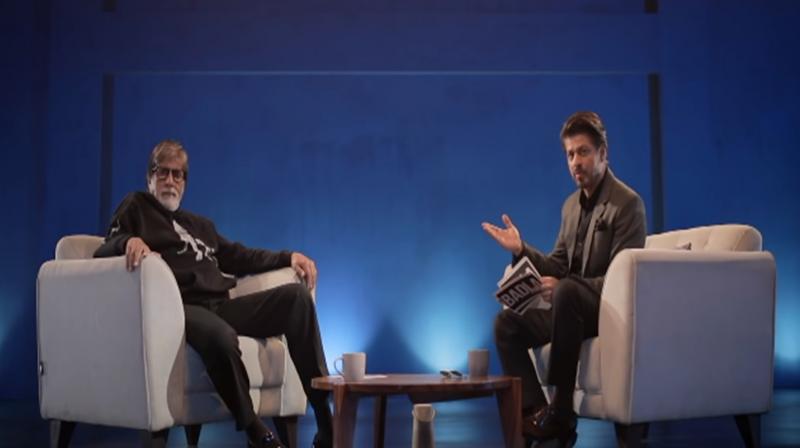 While Shah Rukh Khan and Amitabh Bachchan mark their first collaboration as a producer and actor with Badla, the actors didn't disappoint the audience to witness their dynamic bond and treated them with a series of interaction with Badla Unplugged.

The first and second segment of the series had fun chats and also took the audience back tracing the journey of the two Superstars. In the third segment, Amitabh Bachchan shed light on the character he plays in the film.

Apart from discussing the role, both the actors engaged in an interesting session of solving riddles, a post which Amitabh Bachchan recited his father Harivanshrai Bachchan's famous poem Gudiya.

After creating immense excitement amongst the audience to witness the mystery of Badla to unfold, the film hit the screens on Friday and is receiving not only praises from the critics but also raking in money at the box office.

The edge of the seat thriller has gripped the audience with its engaging narrative and left them baffled as the mystery unfolds.

Badla brings back Amitabh Bachchan and Taapsee Pannu as a lawyer and client after the success of Pink.

Badla is presented by Red Chillies Entertainment in association with Azure Entertainment, Co-produced by Gaurav Verma and produced by Gauri Khan, Sunir Kheterpal and Akshai Puri, the crime thriller is directed by Sujoy Ghosh, starring Amitabh Bachchan and Taapsee Pannu in the lead roles is running successfully in theatres.