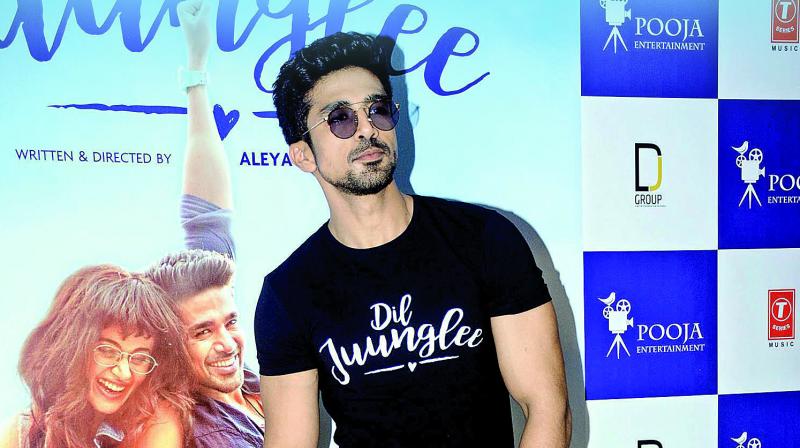 Saqib Saleem who was last seen in Dobaara: See Your Evil with his sister Huma Qureshi, is super excited about his upcoming romantic comedy, Dil Juunglee opposite Taapsee Paanu.

“I never felt like I was shooting for a film. The crew was like a family to me. I couldn’t ask for anything else. No matter how many films I will do in future, this film will always be special for me,” says Saqib.

The film Dil Juunglee is presented by Vashu Bhagnani’s Pooja Entertainment. Directed by Aleya Sen, the film is scheduled to release on March 9.