Even during the promotions of Bajirao Mastani, he had to be reminded to calm his energy levels 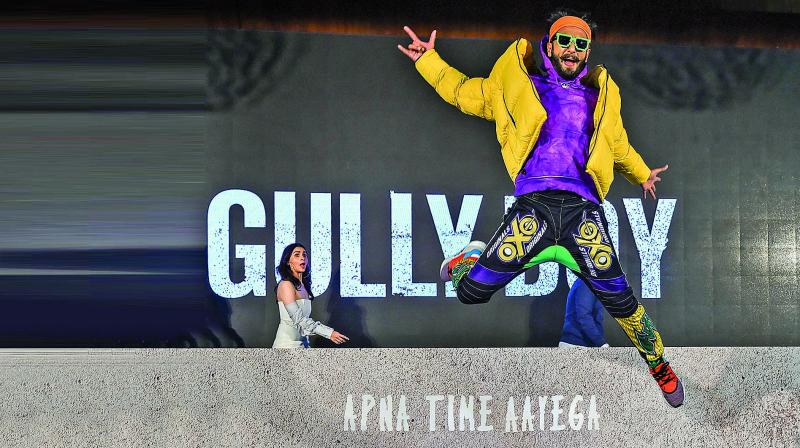 The promotions and marketing of Zoya Akhtar’s eagerly-awaited Gully Boy are in full swing. And, no one is having a bigger blast than Ranveer Singh who is rapping live on stage at promotional events and jumping on to the crowd that has come to watch him perform live.

When asked about the actor’s exuberance, a source very close to the film says, it’s all spontaneous.“No one has asked him to be so excited at the promotional events. But, that’s Ranveer Singh for you! He cannot curb his enthusiasm,” says the source.

Post a rather unfortunate incident last week, when Ranveer injured a couple of women while jumping on to a crowd gathered to watch him perform him live, Gully Boy’s producers Ritesh Sidhwani and Farhan Akhtar and the director Zoya have asked Ranveer to tone down his exuberance.

“It’s becoming a bit too much to handle. While the team appreciates and shares Ranveer’s excitement, it’s time to cut down on it a bit,” says the source.

This is not the first time that Ranveer has been asked to simmer down. During the promotion of Bajirao Mastani, the actor had to be reminded that he was going beyond permissible quotients of energy level.