Entertainment   Bollywood  09 Feb 2019  I have made many fashion mistakes in the past: Shahid Kapoor
Entertainment, Bollywood

I have made many fashion mistakes in the past: Shahid Kapoor

Although, the actor thinks that he has evolved with his fashion sense over the years, albeit with a disclaimer. 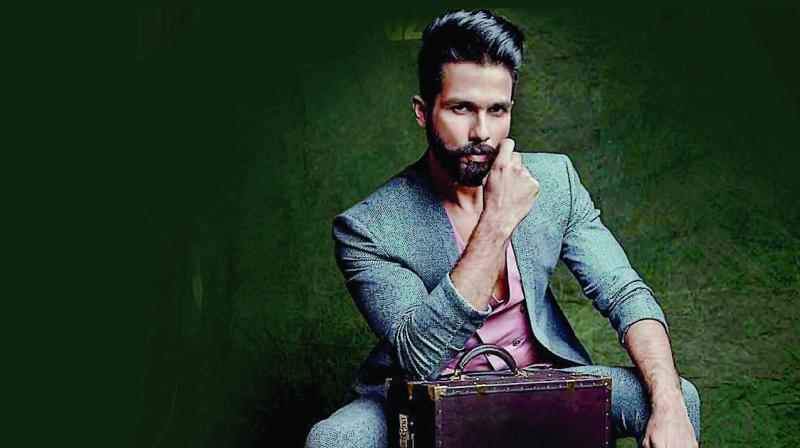 Shahid Kapoor’s evolution as an actor is evident from his career graph. While he may be known for his acting, but his characters have never created buzz for their glamorous looks or impeccable style. Talking about the same, in a recent interview, the actor reveals that he had no choice over his looks in his earlier movies. “There is a long list of films where I have looked my worst in the first ten years of my career. When it comes to the kind of clothes I wore, I had no idea about that. Honestly my looks in my films were never defined by what I liked or what I didn’t like. But it was defined by the story, the character I was playing or the filmmaker’s vision of how they wanted me to look. So, I do not have any personal likes or dislikes,” he shares.

The actor goes on to add that whenever he has got the character right or the silhouette right, he has been happy, but with his recent choices, he has come to admire his characters’ looks as well.  “In the recent past, I have been happy with the kind of looks I had in films like Padmaavat and Rangoon and now Kabir Singh which I am doing. But my reasons are different and there is nothing personal in what I wear in my films,” said Shahid Kapoor on the sidelines of an event.

Although, the actor thinks that he has evolved with his fashion sense over the years, albeit with a disclaimer. “I hope I have evolved. When I look back, it is not a very happy feeling. I have made many fashion mistakes in the past. When you have made all possible mistakes, you can’t do anything but get it right. So now I get it right more often than I used to,” says Shahid.

Being in the business of films, clothes and fashion become a significant part of it. For the actor, when he started out, he tried to imitate the fashion icons, but soon came to understand that whatever works for them, doesn’t necessarily worked for him. But now, he is fearless with his choices. “With time, I have learnt to express myself honestly and without fear. I usually wear whatever I am in the mood for. I carry it with the confidence with which you represent yourself,” he reveals.
—Sanskriti Media