As twins turn 2, papa Karan Johar worries about the paps

Karan doesn’t want them to become superstars of paparazzi like Taimur. 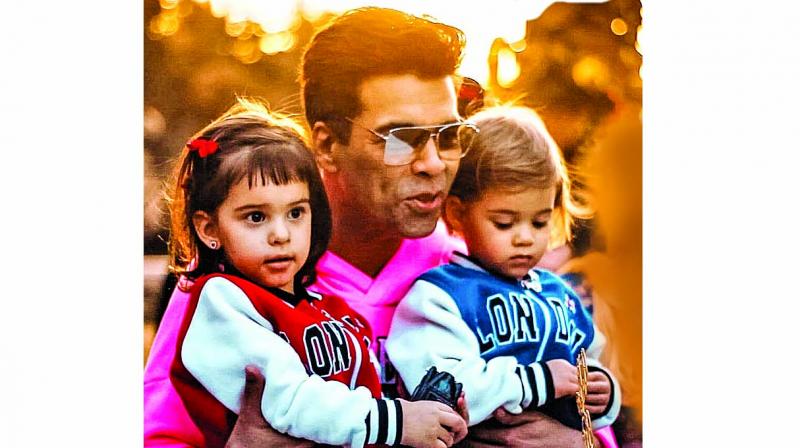 One solution to avoid this constant media glare is to send the children away to a foreign country for education.

As the twins Roohi and Yash turn 2 on February 7, the best birthday gift that Karan Johar can give to his children is to keep them out of the limelight as much as possible.

Says a close friend of Karan, “He’s worried about their media exposure. Karan doesn’t want  Roohi and  Yash to become superstars of the paparazzi like Taimur Ali Khan. He wants to keep his twins away from the public glare but at the same time, he can’t stop the paparazzi from clicking them since he has always been extremely media-friendly. He can’t be like ‘Click me. But don’t click my children’. It doesn’t work that way.”

One solution to avoid this constant media glare is to send the children away to a foreign country for education. But, friends say, Karan is not even thinking of this option.

“He’s worried about how to give his twins a normal life. And, now his close friend and soul-sister Ekta Kapoor is also a parent. Karan, who is godfather to Ekta’s child Ravie, is equally worried about Ravie’s privacy as he’s about the privacy of his own twins,” adds his friend.

It must be noted that the birthday party for Roohi and Yash was strictly a kiddie affair with none of Karan’s devoted friends around except Varun Dhawan being present at the event. And, Varun is more a child than the twins put together.