Entertainment   Bollywood  09 Feb 2018  Thugs Of Hindostan: Katrina uploads a photo of Aamir, he gets trolled in every way
Entertainment, Bollywood

Thugs Of Hindostan: Katrina uploads a photo of Aamir, he gets trolled in every way 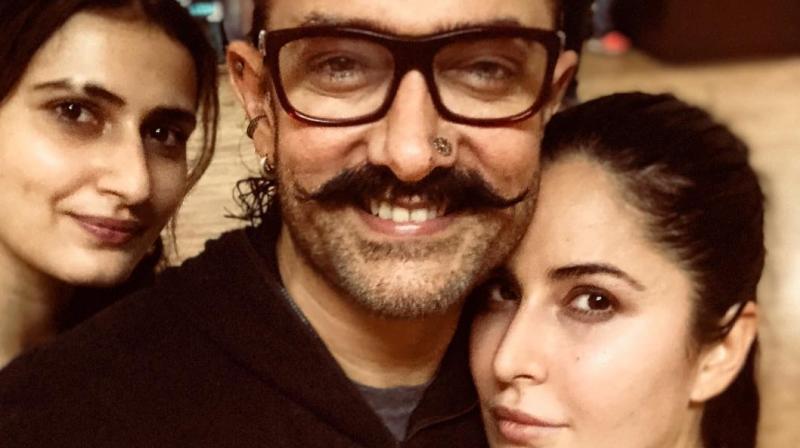 In the photo, Aamir ended looking taller than Kat, as the actress bent to take the selfie. What was to happen next? The photo got trolled.

Aamir Khan especially was targeted as he got comments like ‘Complan peene laga’ and ‘aurat ban gaya’ (because of his nose ring look). People just couldn’t digest his look and asked which heels is he wearing and which ladder has he climbed on?

Here are some of the comments which are both mean and funny:

Fatima Sana Shaikh, who also posed for the photo, was instantly compared to and called Katrina’s twin.

Katrina, Aamir and Fatima have recently shot for ‘Thugs Of Hindostan’ title track. They are expected to be soon joined by the megastar Amitabh Bachchan.