The Padman challenge has caught on not just with movie stars but also with sporting celebrities and people from all walks of life. 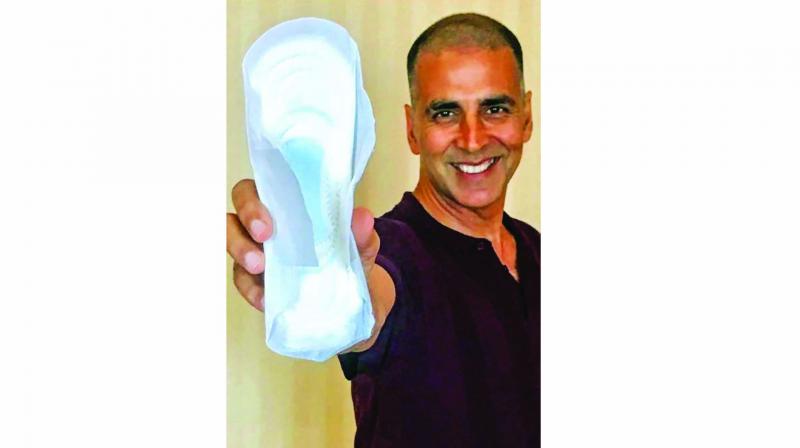 There is a new ‘challenge’ around. After the ‘Ice bucket’ challenge, the ‘Rice bucket’ challenge and the more recent ‘Dosa’ Challenge by Jyothika and her hubby Suriya, comes the ‘Pad Man Challenge.’ The lead pair of the movie Padman — Akshay Kumar and Sonam Kapoor and the former’s wife Twinkle Khanna — are spearheading this one and it seems to be catching on.

The upcoming film Pad Man is a biographical comedy drama which revolves around the story of Arunachalam Muruganandham from Tamil Nadu who invented low-cost sanitary pads.  Giving the new Challenge a fillip is the Olympic medallist badminton star PV Sindhu, who becomes the first sports personality to take up such a deep social cause. Sindhu poses with a sanitary pad and writes, “Thank you for tagging me Deepika Padukone! Yes, that’s a pad in my hand. Periods are normal. Just another day...#PadMan Challenge”

The PadMan Challenge has caught on with a lot of celebs including Anil Kapoor, Deepika Padukone, Anushka Sharma, Katrina Kaif and many others joining in for a cause. It’s interesting to note that the first major film to tackle this sensitive issue centres on a male entrepreneur. 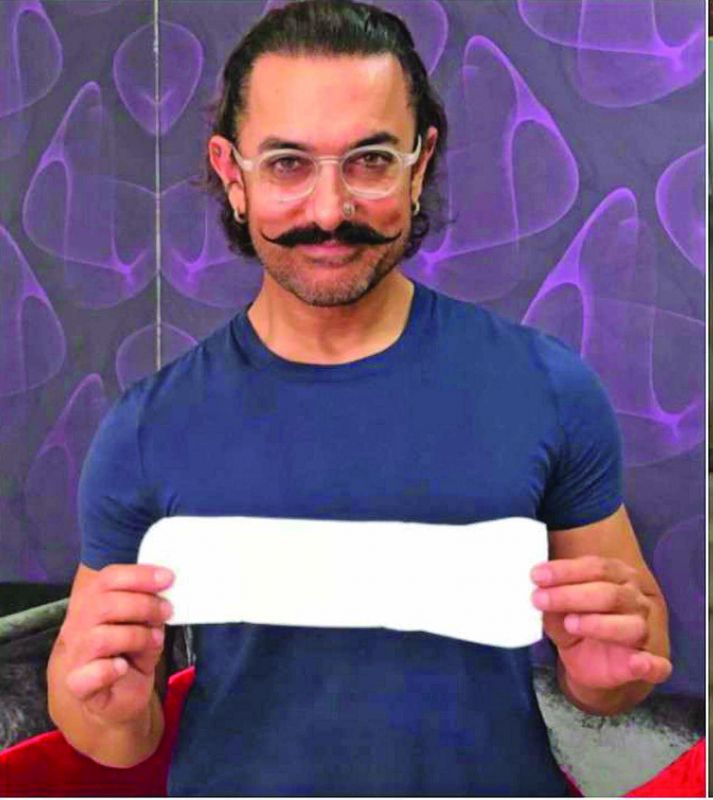 Throwing light on how society used to view menstruation is Professor Geethanjali Iyer (48) who recalls her ‘pad’ experiences. “I have four sisters and we were brought up in a conservative way, particularly when it came to periods as both my grandmas who lived with us followed the tradition and very old practices. But after I got married in early 90s to Subramanian, who was very broadminded, things changed drastically. My late in-laws were also forward thinking people as my father-in-law was holding a big post in Defence and lived mostly in North. Just a day after my wedding, I got my menstrual cycle. I was worried, as to how they would react. Much to my surprise, my mother-in-law called me and said, ‘you can go to the kitchen and even cook food.  You can also sleep in your bedroom. We have no issues.’

She adds, “My husband Subramanian never shied away from going to the medical shop and buying sanitary napkins for me. He would always say that ‘it is a natural process and why do you get ashamed, after all, I am buying it for my wife’. I am proud that when girls are shy to even talk about pads, a male (my husband) used to bring sanitary pads from medical shop without any hesitation. I feel education is key to changing attitudes to menstruation. And Pad Man could play an important film to start a conversation.”

Tamil filmmaker Madhumitha addressed the issue even as she was studying Multimedia Arts in Singapore. The Vallamai Thaarayo director reveals, “My first feature project while I studied ‘film as an art course’ in 2004 was about menstruation called Untitled Red. It spoke about taboos attached to menstruation and how girls should not be afraid or ashamed of periods. On the contrary, I made my point very clear. Menstruation is what makes women more beautiful.” 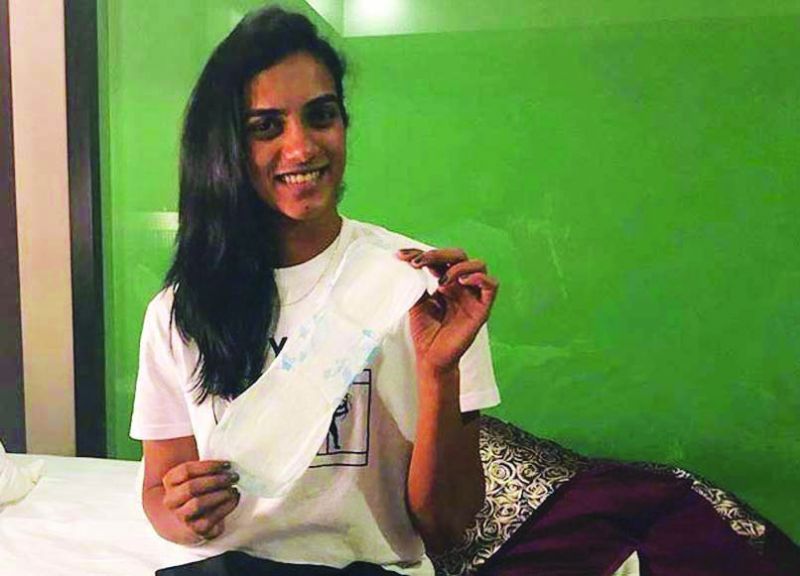 The short film fetched the Infocomm Development Authority Award of the government of Singapore for Madhumitha.

It was also screened at various international festivals and was received very well. After coming into the film business, joining as an assistant director, people worried about how this girl would work on ‘those’ three days.

Madhumitha says, “I used to climb hills and in fact work overtime during my periods and it was never a problem for me. The simplest way to overcome this is to talk about it and there’s no need to cover the pack with paper when you buy it in the shop.”

Social causes have been driving these quirky Challenges. The ‘Ice Bucket Challenge’ (IBC) was started in the US with the intention to promote awareness of the myotrophic lateral sclerosis and raise money for research on the disease. The ‘Rice Bucket Challenge’, which began in India, involved donating a bucket of rice to a poor person or family while the ‘Dosa Challenge’ was to spread love among women in the family. It was about making dosa with love for your mom, sister, daughter, grandma and celebs would take pictures making dosas in their kitchen and upload them online.