He calls her his 'favourite from the lot' and appreciates her performances in films of last year. 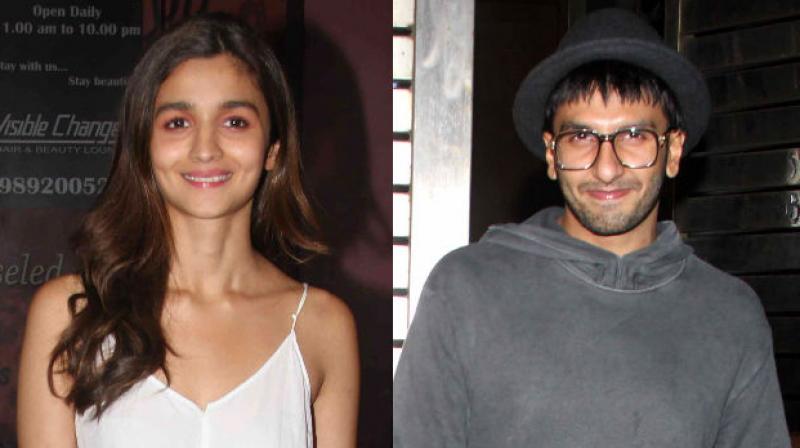 Ranveer Singh is currently shooting for 'Padmavati' while Alia's 'Badrinath Ki Dulhania' is gearing up for release in March.

Mumbai: After speculation over the casting of Zoya Akhtar's 'Gully Boy' finished, it was finally announced that two actors who have a good fan base, Ranveer Singh and Alia Bhatt, would be starring in the film.

The pair has previously worked together in advertisements and it would be interesting to see that chemistry translate on the big screen.

Ranveer seems to be extremely excited about getting to work with Alia and the actor created a funny video where he is seen talking in a South Indian accent and singing praises of Alia.

He goes on say that Alia is like a ‘cute button’ and his 'favourite from the lot' and hilariously appreciates her performances in films of last year, ‘Kapoor & Sons’, ‘Udta Punjab’ and ‘Dear Zindagi’.

The actor captions the tweet saying that everybody Alia and the actress responded to the video by saying everyone 'totally loves' Ranveer, with the pair conveying how they looking ‘faarward’ to the association.

There is no doubt that we are also looking ‘faaarward’ to seeing this collaboration on screen.