Pallavi landed this role when she met Kirsty McGregor, the Australian casting director. 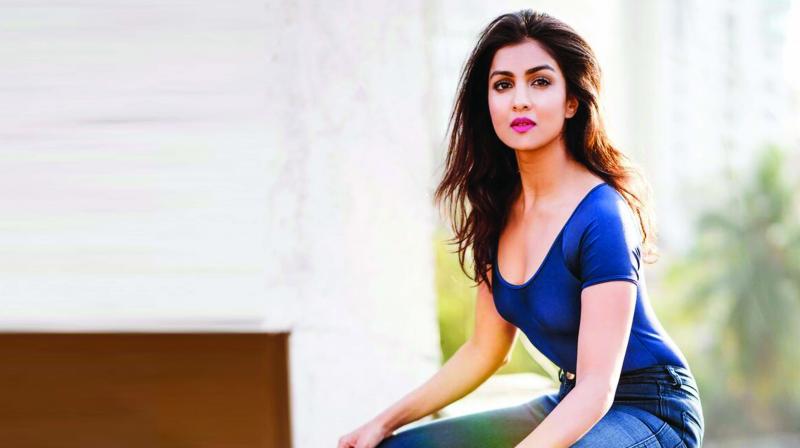 Australian-Indian actor, Pallavi Sharda, who started her Bollywood career with My Name is Khan, has much to look forward to this year. Apart from Begum Jaan, featuring Vidya Balan, Pallavi has an international Oscar-nominated movie — Lion, directed by Garth Davis, featuring Dev Patel and Nicole Kidman — on her list of projects.

Lion, which has received six Oscar nominations at the 89th Academy Awards, will see Pallavi portraying the role of Prama, a student from India. She landed this role when she met Kirsty McGregor, the Australian casting director. “It made sense to play an Indian living and studying in Melbourne, as it mirrored my past reality. The irony was that I played someone from India not from Australia,” explains Pallavi. Talking about the cast of the film, she further adds, “It was satisfying to work alongside such a stellar cast consisting international actors. The film lends itself to a cross-cultural cast so I was able to work with actors from India, Hollywood and Australia. Doing scenes and sharing screen spaces with Rooney Mara and Dev Patel was surreal and career-altering.”

Comparing the world of Bollywood with Hollywood and their work cultures, she points out, “I think the Hollywood film industry sticks to a structure and work ethic, which we are yet to seen on the Indian sets. Personal and professional spaces are demarcated clearly in the West, and actors are able to have a ‘shoot life’ and a ‘non-shoot life’ while working on a project. They are entitled to privileges such as overtime if the shift gets extended. I am yet to see this level of organised system in India. However, I do love how personal relationships are easily formed on Indian sets, which comes from a common cultural background.”

Her upcoming Bollywood film Begam Jaan is scheduled to release this March, wherein she will be seen playing the role of a sex worker. The film also stars Vidya Balan, and talking about her experiences with Vidya,   Pallavi shares, “Vidya is an exceptional person and a great actor. Her discipline in the workplace and her warmth towards fellow cast and crew complements her entire persona. She is a joy to be around.”

Recalling the shooting of Begam Jaan, Pallavi says, “I think,  shooting the climax was the most memorable moment for me. The entire cast bonded together to create drama-filled cinema with so much grit and resilience. I loved every minute on the set of Begum Jaan and am grateful for the opportunity to have worked with veteran actors such as Rajit Kapoor and Ila Arun, both of whom became dear friends of mine.”

It was her love for dance that brought her to Bollywood, and she says she would love to do something with a story constructed around dance: “It is one of the reasons I chose to work in the Indian industry. I have just been featured in a music video in which I was able to dance, and have just completed a month of shoot on a project by Vivek Mathur for Discovery India, which was all about my love for dance, movement and open space — both projects allowed me to tap into my essence,” she shares.