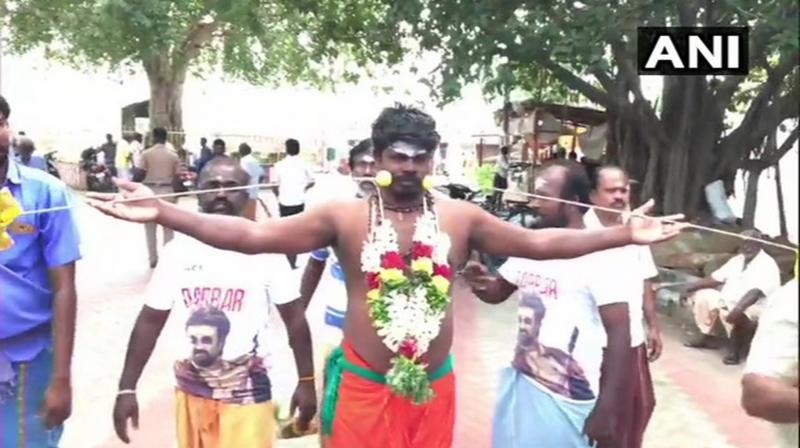 Madurai: As superstar Rajnikanth's upcoming flick 'Darbar' is set to hit the theatres, his fans on Wednesday offered special prayers at the Amman Temple in Madurai for the success of the film.

The action-drama is Rajinikanth's 167th film 'Darbar' and fans have prayed in the temple for the movie as well as for the actor's victory in the upcoming legislative election. 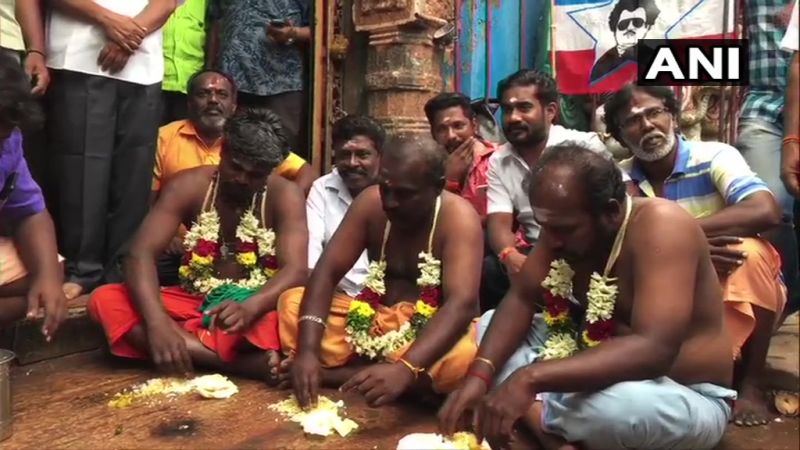 Helmed by AR Murugadoss the movie features actress Nayanthara alongside Rajinikanth. She has previously acted in two films along with Rajinikanth.

Amid the excitement of fans, the Tamil Nadu government has granted permission for a special show to screen Rajinikanth-starrer 'Darbar' for four days in the theatres all over the state. There will be one extra show per day for four days on January 9,10,13 and 14 for the film.

The movie is slated to be released during the Annual Pongal festival in January 2020.