Devgn is essaying the role of brave warrior Tanhaji Malusare in flick, while Kajol is essaying role of his wife, Savitribai Malusare. 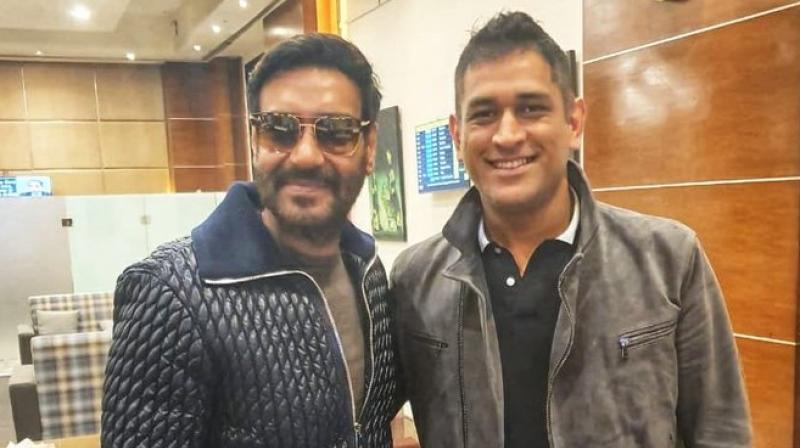 The actor took to Twitter to share a photo from the meeting with 'Captain Cool' and captioned the post as--"Cricket and Films ... the uniting religion of our country @msdhoni".

Cricket and Films ... the uniting religion of our country @msdhoni pic.twitter.com/yMlEBKZk63

The forthcoming movie will also feature Saif Ali Khan as the antagonist Uday Bhan, a Rajput official who works for Mughal Emperor Aurangzeb.

The 3D movie is set to release on January 10, 2020. On the other hand, 38-year-old Dhoni is currently enjoying some time away from the game and he last played competitive cricket during the World Cup last year.