Nothing will change the facts, says Vinta Nanda

Reacting to the court order which cast doubt over her rape allegation, SHE says she has faith in the legal system. 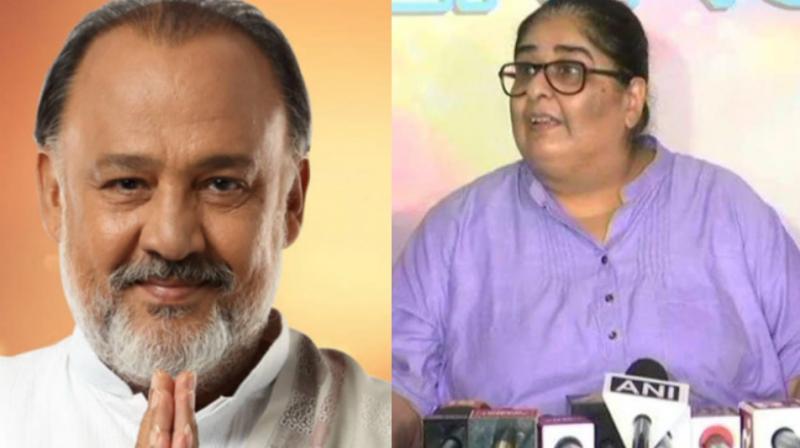 In what could be seen as a huge relief for rape-accused Alok Nath, a session’s court in Mumbai has suggested that writer-filmmaker Vinta Nanda might not be telling the truth. The court order reads, “(Vinta Nanda) remembers the entire incident, but she does not remember the date and month of the incident. In view of all these facts, the possibility cannot be ruled out that (Alok Nath) has falsely been roped in the crime.”

Reacting to the court order, Vinta Nanda says, “The court has granted Alok Nath Anticipatory Bail, but conditions apply. I respect the order because I trust the process of law. Like all other predators, Alok Nath denied allegations against him and it was expected that he would do so. In his application for anticipatory bail, he has cast aspersions on my character and tried to mislead the court by cooking up stories, which are completely false and untrue.”

However, Sandhya Menon who was one of those spearheading the #Metoo movement feels that there are times trauma gets better of the victim and the details may get blurred. “The statements reported as the court order in publications are all a part of Alok Nath’s appeal for bail. I think this is the exact thing that women have been trying to fight for ages now, and especially with the MeToo movement: the huge burden of doubt that comes from a lapse of memory in a survivor’s account. Research has consistently shown that women tend to not remember all details of the crime when they’re traumatised. To hold that against the victim and jump to the baffling logic that is enough proof of a false accusation is a defeating on many levels,” says Sandhya adding that Alok Nath’s lawyers have not taken these things into consideration. “They cannot be seen as Justice Oza’s statements. Having said this, we must remember that this was said in the context of AN’s plea for anticipatory bail. This is not to be seen as a judgment of the case at all.”

But Veena Gowda, a Women’s Rights lawyer, feels that there wasn’t any need “for the court to have given observation on the merits of the case at the stage of anticipatory bail. Court ought not to have made those observations on the merits of the case, Now that being done, the court is actually looking at the matter only from the point of view of the bail. Therefore, to that extent, it should not have any bearing on the main proceedings,” she says and reiterates Sandhya’s point. “There are many cases where women don’t remember the date. One is that there is no statutory limitation, which means that law does emphasise that the cases can be filed after a few years. When the law provides you that option, then not remembering the exact date, ought not to be an issue, and they should look at the larger statement for the investigation. I don’t think that at this stage, there are sufficient pieces of evidence before the court for the court to arrive at that kind of sweeping observation.”

Veena also feels that we need to examine the way we look at the survivors of sexual assault. “There is so much trauma and all of that, and the court should consider that. That’s the whole problem, as soon as women approach the legal system, it seems like that first they have to deal with not only the procedures and the labyrinth of law. But at the same time, they have to overcome certain ingrained prejudices. Not only do I have to substantiate my case, but at the same time, work against such kind of bias that mine is not a false case. There seems to be an additional burden on women that nobody else seems to have.”

Vinta also feels Alok Nath was trying to mislead the court and she was compelled to clarify to the court.  “I clarified each point by which Alok Nath and his team tried to mislead the court, through an intervention made by my lawyers but because the proceedings were between the state and Alok Nath, my reply was quoted limitedly in the final order. However, I must say here that I am grateful that my reply was accepted and put on record.”

As for the honorable court’s suggestion questioning the rape accusation Vinta says, “Everyone who knows me and knows Alok Nath personally also knows the truth and there is nothing in the world that will change those facts. I may be fighting this battle in court alone but my family, my friends and my industry all know the truth. CINTAA has already expelled Alok Nath after having concluded that I am telling the truth, after having heard not just what Alok Nath had done to me but after having heard what he has done with all the other victims of his assaults and such behaviour.”

In her defence, Vinta brings up the fact that many other women have come forward with accusations of a sexual nature against Alok Nath. “Can it be that all of us Sandhya Mridul, Navneet Nishan, Himani Shivpuriji, Deepika Amin and the many other women who have still not gathered the strength to come out publicly with what they have been through because of him are lying and the one and only Alok Nath is telling the truth? When he was expelled from CINTAA, I knew that I was believed and that justice had been done. The #MeToo movement gave me the courage to speak out about what had happened to me. As of now I have limited time, as I am busy with my work. My friends and well-wishers advice me and I pay heed to them, that I should let the law take its own course. Truth is by my side.”

With inputs from Subhash K Jha