Entertainment   Bollywood  09 Jan 2018  Rani feels she wouldn’t have fallen in love with Aditya if he was like Karan Johar
Entertainment, Bollywood

Rani Mukerji, wife of Aditya Chopra and mother to Adira, is back into Bollywood business with ‘Hichki’. 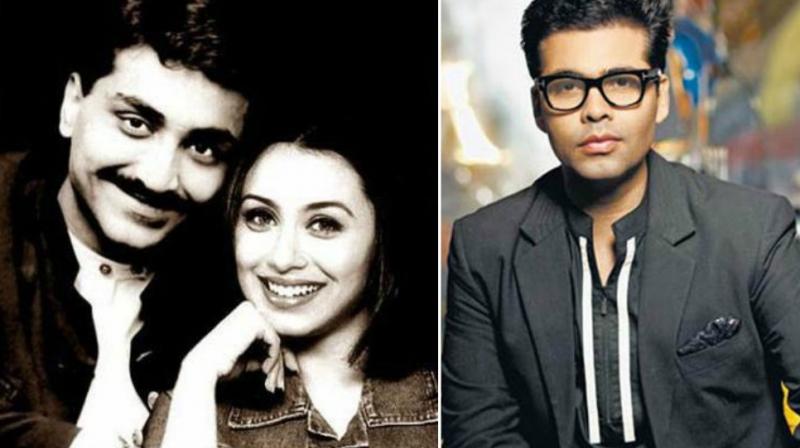 Rani Mukerji with Aditya Chopra, Karan Johar in a photoshoot.

Mumbai: Rani Mukerji, who has been enjoying her space as a wife to Aditya Chopra and a mother to Adira, is back into Bollywood business with ‘Hichki’. The actress is currently promoting the YRF film at various occasions and speaking about her personal life too simultaneously.

Rani told CNN News 18, “The reason why I fell in love with my husband was because he is extremely private. For me, after being in the industry for so many years, he was one person I really respected. It is very difficult to respect people in the fraternity as you know the inside out of everything. So, Adi was one of those rare people who I really respected, who I still respect, because of his ethos, work pattern and the way he is. Because I am private myself, it makes us a really good couple because we are very happy going nowhere.”

Further elaborating, she compared Aditya to Karan Johar and said that maybe she would have never fallen in love if Adi would be like KJo.

"For Adi, I feel if he was to be like Karan Johar, I don’t think I’d have fallen in love with him. Karan is everywhere, he is so social and he is the life of a party. Everyday he is doing something or the other. The thing with me is that I need my family at home. I am a very family oriented person. I would go mad if my husband was working; as it is half the time he is at the studio. Imagine, him having a social life beyond his films. Half the time, I would not get to see him. I am very happy and content that he (Aditya Chopra) is not a social person. After his work, he comes back home to me," she added.

Interestingly, Karan and Aditya are first cousins, as Hiroo Johar, Karan’s mom, happens to be the sister of late filmmaker Yash Chopra, father to Aditya Chopra.