Rakul Preet Singh, a well-known face in the South industries, is gearing up for her second innings in Bollywood. 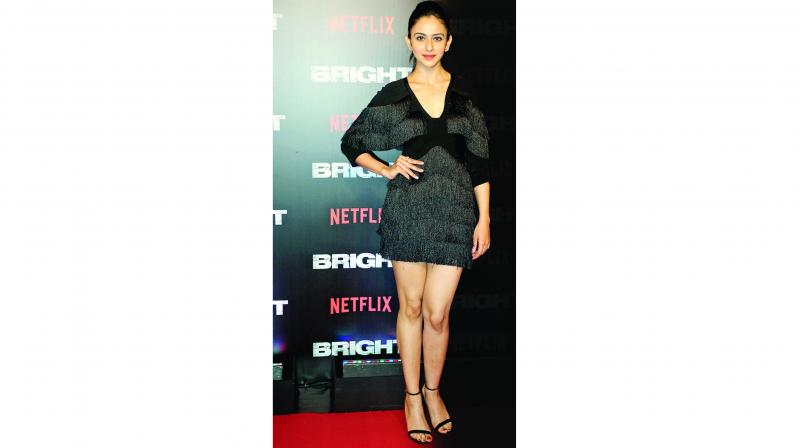 After her Hindi debut film Yaariyan didn’t do too well in 2014, Rakul Preet Singh smartly turned her route to the film industries in the South. “I know the shelf life of a female actor is only ten years. I started when I was just 18. So I have some more years to work, which is like a perk for me. I’m making hay while the sun shines,” she smiles.

The maths graduate never thought she would be an actor, but life changed after a beauty pageant. Rakul missed out on Sanam Re as she moved to the Telugu industry after her debut, but she’s back in Bollywood with Aiyaari, directed by Neeraj Pandey. And she’s all praises for her co-star Manoj Bajpai. “I have learned so much from him,” she gushes. “He’s a warm person. Despite being such a senior and well-known actor, he has no airs.  I feel that my acting capabilities are more refined now that I’ve worked with him.”

There’s a notion that actresses in Bollywood need to be leaner than the ones in the South. But having worked in both industries, Rakul doesn’t agree. “Frankly, it depends on what sort of character the story needs to portray. If you see Kajal Aggarwal from the South, she’s on a leaner side, while actresses like Sonakshi Sinha and Parineeti Chopra here in Bollywood look fine and healthy. I love to eat and have no wish to follow a diet any further,” she laughs.

While she’s enjoying working in Bollywood again, Rakul does miss her team in Hyderabad. “Since I’m a known name in Tollywood, whenever I need something while preparing for a film, I don’t need to run helter skelter. It happens with just a phone call. In Mumbai, it takes time. Maybe because I’m not a big name yet,” Rakul smiles. “Otherwise, working in Hindi, Tamil or Telugu makes no difference to me at all. I just look for impressive roles,” she says, adding that she would love to work with Rajinikanth.