Ranbir Kapoor and Deepika Padukone were amongst one of the celebrity couples who made their relationship public. 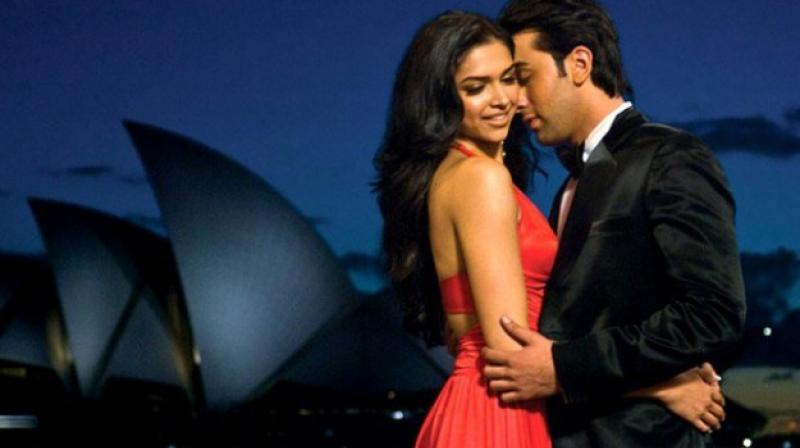 Ranbir Kapoor and Deepika Padukone in a photoshoot.

Mumbai: Ranbir Kapoor and Deepika Padukone were amongst one of the celebrity couples who made their relationship public. No matter the end of it, but the duo was loved by almost everyone. Now when looking back at the details of their first date, it looks like they were meant to be.

Deepika told People’s magazine in a previous interview, "This goes back to when we were shooting for our respective debut films [Om Shanti Om and Saawariya] and we had just heard about each other. We had common makeup artists -- Bharat and Dorris. Dorris is really fond of us, and she told me that he [Ranbir] is a really sweet guy and we should meet up. Dorris had once called him when she was with me. She said: "Why don't you guys talk?" That's when we first spoke and exchanged numbers. A few days later, almost around the same time [July 2007], he asked me out for lunch. He came and picked me up and we went to Celini at Grand Hyatt [Mumbai] for lunch."

And Ranbir said, "We just happened to spend the day together." Deepika added to it saying, "It was meant to be only lunch, but lunch became coffee; coffee became cheesecake; cheesecake became a movie."

While Ranbir further said, "Mr. Bean's Holiday is the movie we watched at PVR Cinemas in Juhu." Deepika ended by saying, "That didn't end there. It became a long drive and then he dropped me home. We started seeing each other on February 23, [2008]. It has been a year since we have known each other."