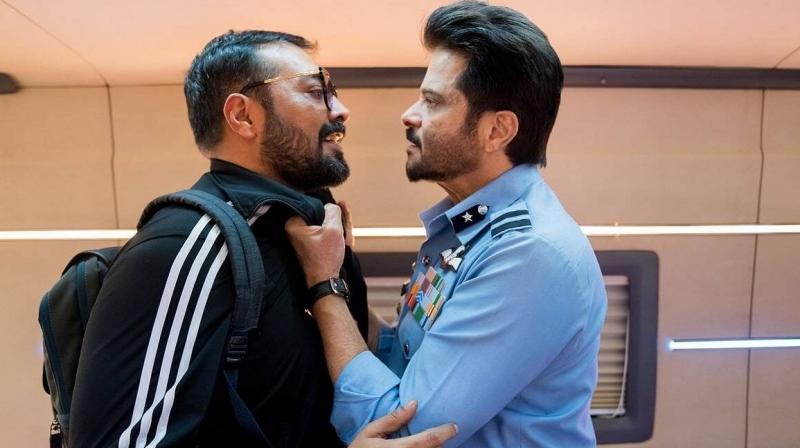 Still from the film AK Vs AK

In an era where social media is quick to react, OTT platform Netflix decided to con the public with a video indicating that there was a fight between Anil Kapoor and Anurag Kashyap. While a portion of the audience was aware that the two were acting in a film together, a lot of them were also under the impression that the actors were still at loggerheads after an ego clash many years ago.

The difference of opinion happened during the planning stages of the film Allwyn Kalicharan and led to the shelving of the project produced by Pradeep Sharma and Padmini Kolhapure.

Interestingly, three days ago, social media expert Samiir Halady had tweeted that a good idea for publicity could be a Twitter war between the hero and the villain of the film, and that is exactly what the OTT platform did, using the protagonist Anil Kapoor and the seeming antagonist Anurag Kashyap to promote their film AK Vs AK.

A video chat show where Anurag and Anil insulted each other, leading to the former throwing a glass of water on the latter’s face, came out first, and then both of them decided to post their own versions of what was actually the trailer.

Finally, Anil Kapoor posted the real trailer, saying, “No more fooling the audience please. As promised, the REAL narrative of #AKvsAK from the REAL AK.”

While a few people in the audience took the gimmick in their stride, many were not amused, as they were led to taking sides in what they felt was a real war.

They say no news is bad news if you want to stay in the news. But this one did leave a bitter taste for many.