It looks like Alia Bhatt will be filling Sridevi’s shoes in the Chaalbaaz remake. 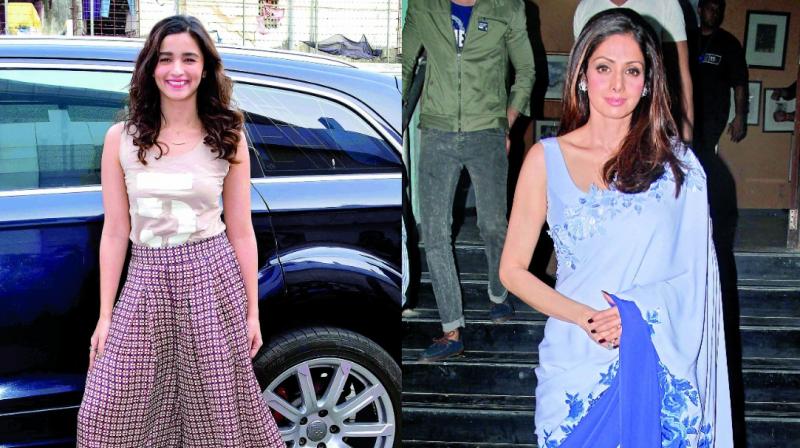 Word about David Dhawan working on a remake of the yesteryear hit Chaalbaaz has only just started to gain prominence. And now, to add to it, the latest buzz is that Alia Bhatt will be in running to reprise Sridevi’s dual roles of a shy, quiet girl and her brash sister.

After the success of Judwaa 2, which was a sequel to his own Judwaa, David seems to be betting heavy on remakes. So, suggest sources, not only is the filmmaker quietly penning and readying the remake of Chaalbaaz, he’s sure Alia is the modern day Sridevi, and will be able to do justice to the role.

In fact, Alia, speaking to the media recently, said, “When I had gone to him, asking to be cast in the next instalment of Judwaa, David sir told me ‘I have a better role for you in comparison to Judwaa 3’. The next time I told him about my wish again, he said ‘Not in Judwaa 3, you have to work with me in the Chaalbaaz remake’.”

Coincidentally, when she had been asked, Sridevi had said that not only would Chaalbaaz be her one movie that deserves to be remade is Chaalbaaz. “And if it’s remade, the one actress who could fit in that double role of mine is Alia,” she had smiled.