The ceremony was held at Prithvi Theatre, which was built by him and his wife Jennifer Kapoor, in memory of his father, Prithviraj Kapoor. 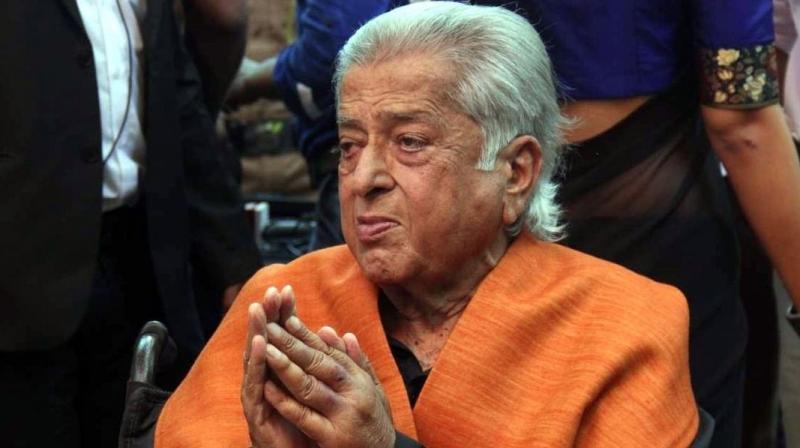 Mumbai: Several industry veterans, including leading ladies of Shashi Kapoor's films such as Waheeda Rehman, Rekha and Hema Malini attended the prayer meet of the actor, here on Thurday.

Shashi, 79, passed away on December 4 due to kidney problem.

The actor's 'Chautha' was held at Prithvi Theatre, which was built by him and his wife Jennifer Kapoor, in memory of his father, Prithviraj Kapoor.

Waheeda, who worked with him in ‘Namak Halal’, ‘Kabhie Kabhie’, attended the prayer meet along with actors Rekha,who featured with Shashi Kapoor in ‘Silsila’ and was directed by him in ‘Utsav’, Malini, who co-starred with him in ‘Trishul’, ‘Kranti’ and his ‘Siddhartha’ co-star Simi Garewal.

Apart from them, Poonam Dhillon, who worked with him in ‘Trishul’, Dimple Kapadia, who was directed by him in ‘Ajooba’, and ‘Satyam Shivam Sundaram’ co-star Padmini Kohlapuri attended the prayer meet.

At the meet inside the theatre, they had a picture of Shashi around which people lit candles. and behind the photo was a montage on screen playing his popular scenes.

Guests paid their respects as his popular song ‘Ek Raasta Hai Zindagi’ played in the background.

Born on March 18, 1938, to the illustrious and formidable theatre and film actor Prithviraj Kapoor, Shashi Kapoor hit the spotlight at the age of four, acting in plays directed and produced by his father. He started acting in films as a child artiste in the late '40s.

His best known performances as a child actor were in ‘Aag’ (1948) and ‘Awaara’ (1951), where he played the younger version of the character played by Raj Kapoor. Shashi Kapoor also worked as assistant director in the '50s.

Among his memorable films were ‘Deewaar’, ‘Kabhie Kabhie’, ‘Namak Halal’ and ‘Kaala Pathar’.

He was honoured with the Padma Bhushan in 2011 and received cinema's prestigious Dadasaheb Phalke award in 2015.