Rajkummar Rao-Shraddha Kapoor to star together

The film, said to be inspired by a real-life incident, will be set in a small town in Central India. 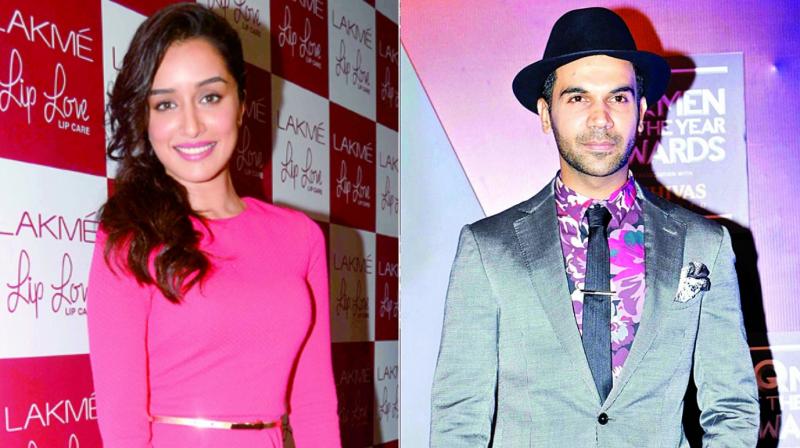 It’s been a great year for Rajkummar Rao, and not such a great one for Shraddha Kapoor. Maybe some of Rajkummar’s luck would rub off on Shraddha, as they are coming together in what a source very close to the project describes as the “spoofiest horror to have ever been made in Bollywood”.

A source explains, “It is a completely out-of-the-box comedy that would require Shraddha to lose all her inhibitions. But for Shraddha, it’s way too irreverent, wacky and outrageous a blend of comedy and horror to attempt without rehearsals.” The film, said to be inspired by a real-life incident, will be set in a small town in Central India.

A source close to the project says, “The co-directors Raj Nidimoru and Krishna D.K., who are turning producers with this film, are inspired by a bizarre incident in a small town. It’s an urban legend, and that’s what the directors would like to call the film. Rajkummar and Shraddha will shoot on location. While Rajkummar has shot in several such harsh locations, Shraddha will have to rough it out without luxuries and amenities. This is a new challenge for her.”