Entertainment   Bollywood  08 Dec 2017  Is Judwaa 3 on the cards? Varun Dhawan and Jacqueline Fernandez might have just confirmed
Entertainment, Bollywood

Is Judwaa 3 on the cards? Varun Dhawan and Jacqueline Fernandez might have just confirmed 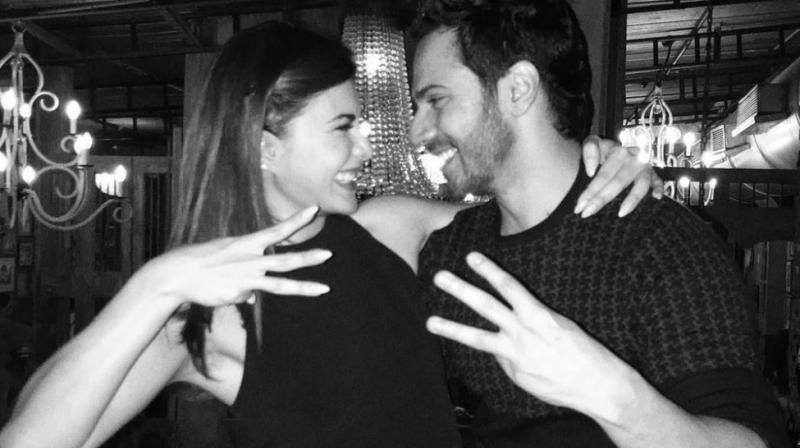 Mumbai: The whole team of ‘Judwaa 2’ celebrated their movie's success with a lavish party that was hosted last night.

The party was attended by the movie’s director David Dhawan, actors Varun, Jacqueline Fernandez and Taapsee Pannu, producer Sajid Nadiadwala accompanied by his wife Wardha Nadiadwala amongst the other crew members.

Jacqueline posted a picture with Varun, where they are posing with 3 fingers.

Does this hint towards ‘Judwaa 3’? That definitely is a possibility knowing that ‘Judwaa 2’ also gained such love.

So have NGE and David Dhawan already finalized Varun and Jacqueline for the third instalment? Looks like it from the photo…