Entertainment   Bollywood  08 Dec 2017  Is Aamir Khan is on the verge of walking out of Rakesh Sharma biopic because of this reason?
Entertainment, Bollywood

Is Aamir Khan is on the verge of walking out of Rakesh Sharma biopic because of this reason?

Aamir is currently working on ‘Thugs Of Hindostan’, post which he was going to shoot for Rakesh Sharma biopic. 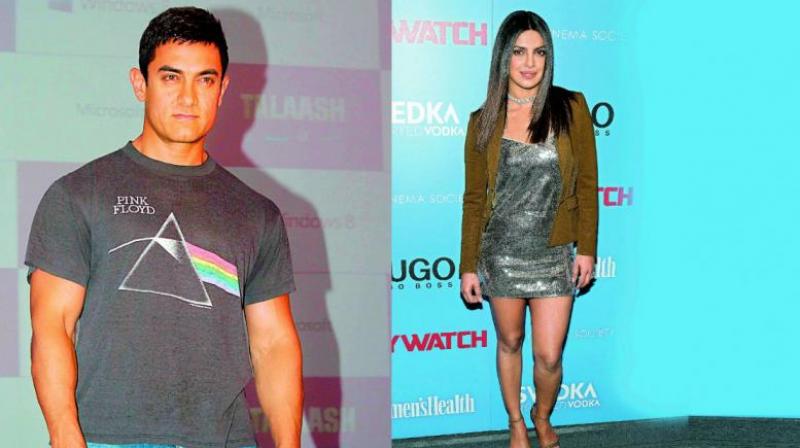 Mumbai: Till now we heard that Priyanka Chopra may not be a part of Rakesh Sharma biopic, but now it looks like Aamir Khan too can walk out of the project due to creative differences with the team.

A source told DNA, “There were some points of disagreement between him and the creative team.”

Aamir is currently working on ‘Thugs Of Hindostan’ and post that he was going to shoot for this Mahesh Mathai directorial.

The makers had picked an Independence Day release but if Aamir also backs out of the movie, being on track with the release might only become a far-fetched dream.

But who doesn’t have a disagreement? Maybe Aamir will solve the differences and stay in the project.