I'm a big fan of Raveena, after watching Elo Ji Sanam song, I was like wow: Prabhas

The actor reveals his fondness for the 'Mast Mast Girl', which was also closely associated with 'Baahubali.' 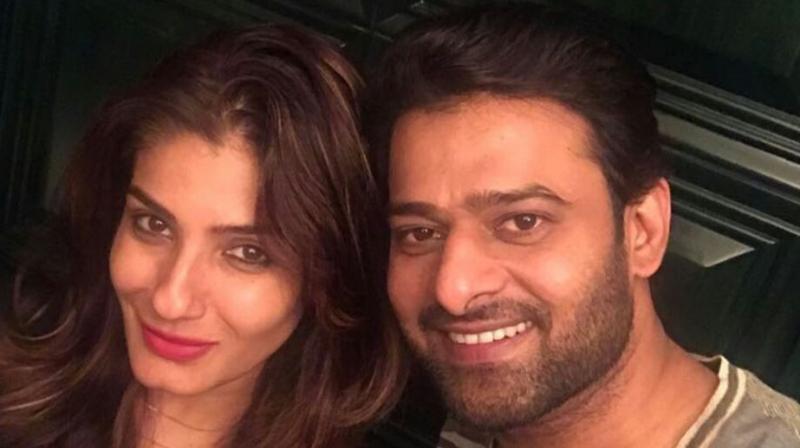 Mumbai: Prabhas might be known as a Telugu superstar, but the actor is not a big fan of not any South actress, as much as he is of a Bollywood actress.

The actress is none other than Raveena Tandon.

At a recent event, Prabhas was reported to have said, “I am a big a fan of Raveena! Every time I saw the song from 'Andaz Apna Apna' – 'Elo ji sanam', I saw that song I was like wow!'"

The actor today is known as 'Baahubali' due to the massive success of the magnum opus and interestingly, even Raveena has a connection to the film.

Her husband Anil Thadani had distributed the film worldwide.

A picture of Raveena and her husband meeting Prabhas, Anushka and Rana Daggubati in Hyderabad had gone viral few months ago. They had also indulged in some delicious Hyderabadi cuisine that day and even presented ‘Baahubali’ sword to the leads.

“In fact, the actors and makers of Bahubali are close friends and part of a group in Hyderabad and whenever they are in Mumbai they visit Anil and Raveena,” a source told Hindustan Times.

The source continued, “When the producer and Rana Daggubati first met Anil, they told him about Prabhas being a mad fan of Raveena. When Prabhas visited Anil and Raveena for dinner the last time, he clicked selfies with the gorgeous actress.”

Prabhas fans would hope some other girl also makes him go, ‘wow’ soon, so that they can see him get married soon.