Sridevi has been facing the camera from the time she was a child. 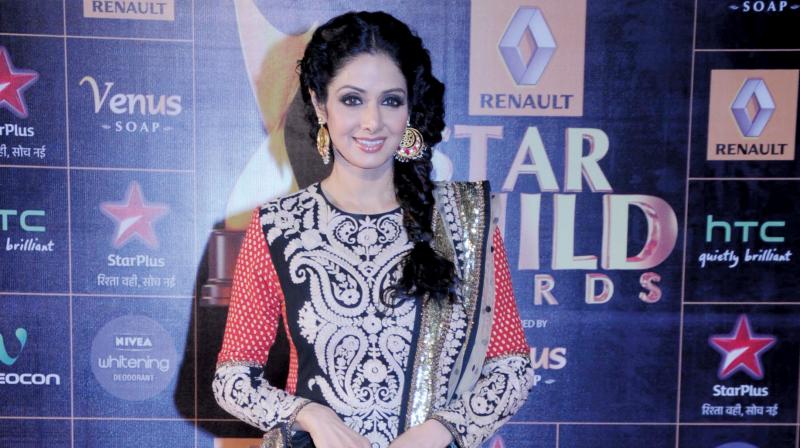 It’s been 50 years of blissful stardom for Sridevi—or well, almost. Her acting career turns 50 in 2017. To celebrate the special occasion, her proud and happy husband, Boney Kapoor intends to release his new film Mom starring his wife in the coming year. In fact the release date for Mom has been delayed for the occasion.

“We’ve one more song to complete and we’re done. We would’ve released Mom in 2016. But then, we realised in 2017 Sridevi completes 50 years of cinema. Would you believe it? She has been facing the camera from the time she was a child. We never realised how time flew by until recently when someone pointed out to us that she was completing 50 years of acting. I felt this was a special occasion,” says a source close to the project.

Though she is still in her early 50s, the actress began her career at the tender age of four in the Tamil industry with Thunaivan. She made her debut in Bollywood with a smashing hit film, Julie, in 1975, where she played the role of the younger sister to the protagonist, and she hasn’t looked back since.