Set in the 1970s era, most parts of the film is being shot in Rajasthan. 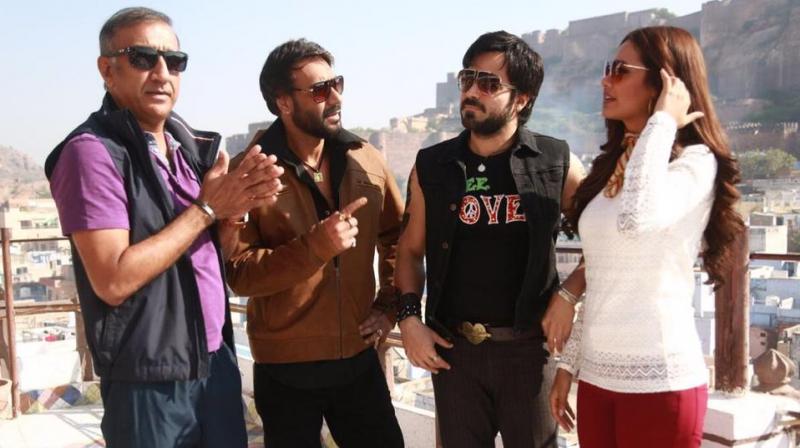 Mumbai: Ajay Devgn films are a call for celebration, what with the superstar commanding the kind of following that he does. And no one knows this better than the star himself.

The superstar took to social media to announce the release date of his upcoming action thriller ‘Baadshaho’. He was at his innovative best in revealing the release date.

The actor shared an on-set picture while engaged in an intense conversation with co-stars Esha Gupta and Emraan Hashmi, captioning it: “Every saint has a past... Every sinner has a future. @Baadshaho. 1st September.” 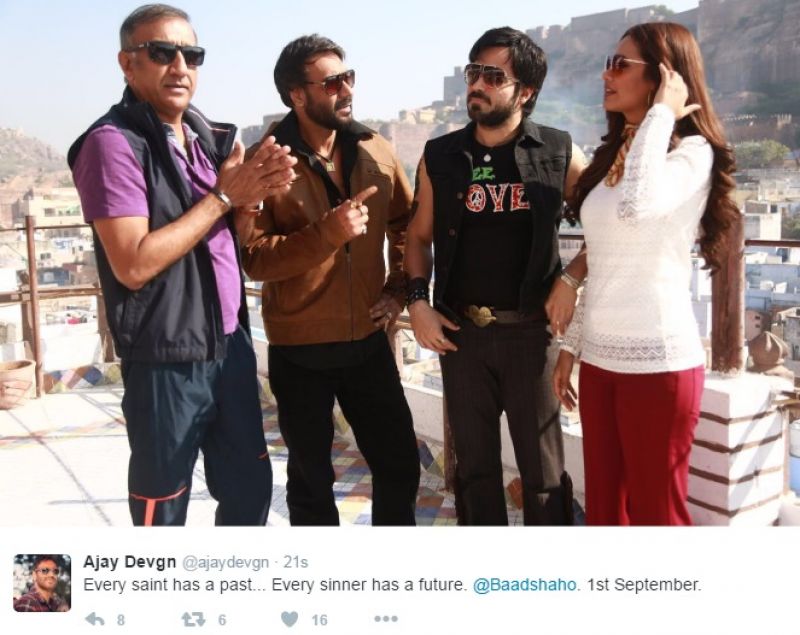 Set in the 1970s era, most parts of this film has been shot in Rajasthan.

With this announcement, it is pretty evident that those reports were mere speculations.

The film is directed by Milan Luthria and produced by T-Series.