Of late, Bollywood superstar Shah Rukh Khan has been spotted with two of the leading movie directors in Kollywood. 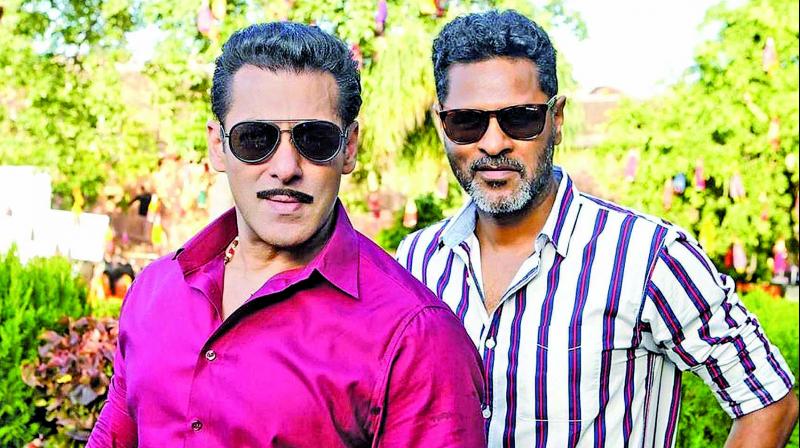 The seemingly unassailable empire of Shah Rukh Khan and Salman Khan are under pressure as they are opting for Kollywood filmmakers who are connecting better with more realistic and social storylines.

It's not yet curtains on the prolonged reign of the illustrious Khans who have lorded over the world's largest film industry for nearly three decades. However, they appear to be feeling the heat since they are preferring directors from the south more than the old and familiar Bollywood filmmakers.

The failure of some of their recent films has exposed their feet of clay. Shah Rukh and Salman can no longer take their stardom for granted or remain pleased about the content of their movies, hoping to get away with just about anything.

Once hailed as the 'Badshah of Bollywood', Shah Rukh has not had a genuine blockbuster since Chennai Express (2013) even though he has been trying to do things differently through films like Fan and Dear Zindagi (both 2016) and Zero (2018).

Of late, Bollywood superstar Shah Rukh Khan has been spotted with two of the leading movie directors in Kollywood. Bigil director Atlee attended the party with his wife Priya and maverick director Vetri Maaran, whose latest outing Asuran floored both audiences and critics alike, was also seen with the actor.

Vetri Maaran's selfie with King Khan is making quite a buzz on social media. Their ardent fans on Twitter are excited to see them bonding and can't wait to see them join hands for a film. Sources claim that the National Film Award winner's selfie with King Khan is just from a courtesy meeting and there are no plans of their working together in the coming months.  There are also reports that Shah Rukh had watched Vetrimaaran's Asuran and was highly impressed by it.

"People in Bollywood always have huge respect for technicians. They will not call anyone easily, but if they do, they will treat them with great deference. Films like Asuran and Kaithi have the content that Bollywood needs. The way the action sequences were shot was remarkable, it maintained the tempo of the both the films," says K Bhagyaraj, filmmaker who has directed films with Amitabh Bachchan and Anil Kapoor in Hindi.

On the other hand, Salman Khan who was about to do the film Insha Allah with critically  acclaimed director Sanjay Leela Bhansali dropped the project and opted for Prabhu Deva again after Dabangg 3. Salman Khan will be seen as a cop in the movie titled Radhe, which is slated for Eid 2020 release.

Tamil Nadu Exhibitors Association president Tiruppur M Subramaniam says, "SRK has invited them since their previous films were a huge success. It is not something new to the industry. Filmmakers including K Balachander, Bharathiraja, Mani Ratnam and Suresh Krissna have directed Bollywood stars before. Instead of this, it would be better if these stars give opportunity to young filmmakers who have more zeal towards the art."

Not only the Khans, but also Bollywood producers are buying the rights to south Indian movies. For instance, Karan Johar has announced that his production house will be remaking the film Dear Comrade by south Indian actor Devarakonda in Hindi.

"Globalisation of films has increased since the rise of the OTT platforms. People watch all kinds of movies. Likewise, Kabir Singh, a remake from the south created huge box office numbers in Hindi. Directors like Vetrimaaran craft their movies to international standards so that no language is needed. It a good sign for the industry and very easy to connect our emotions. This is undeniably healthy for the Indian cinema," elucidates Suresh Krissna, director of Salman Khan's films like Love and Jaagruti in the early '90s.

Predominantly, juggling between multiple directors has been the success mantra for the superstars including Amitabh and Rajinikanth. And that's what fickle stardom is all about.