As for the changes to the industry, Isha finds that the atmosphere is a lot less toxic. 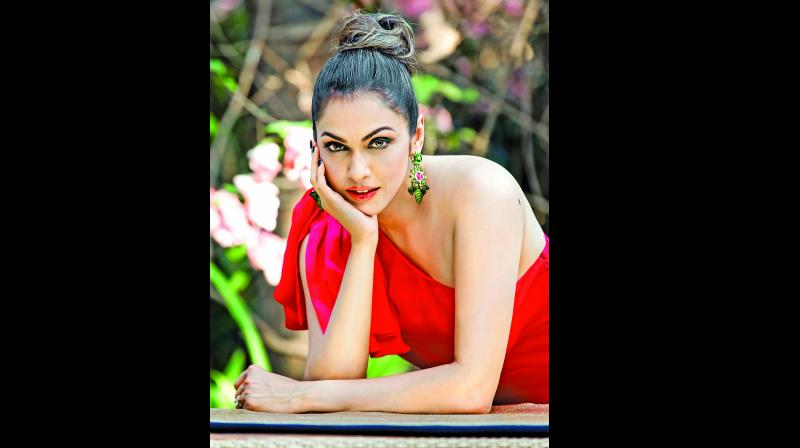 The talented Isha Koppikar, who made her screen debut 21 years ago in Tamil, Telugu, Kannada cinema, shot to fame in Bollywood with her dance number in Ram Gopal Varma’s Company. After a voluntary break to get married and become a mother, Isha is back in the limelight with Ram Gopal Varma once again.

“Small world,” she exclaims as she discusses the film industry’s mutating morals during the time she was away. “Ram Gopal Varma has offered me a web series where I have a lot more to do than I did when we first worked together; that was just a song called Khallas that became a rage. Sadly, I was offered many so-called item songs after that, and I turned most of them down. I play a cop in Ramu’s series, which is one of the central characters in the series, like the cop in the American series Narcos. I played a cop in my last two films Looty and Kavacha, both in Kannada. Maybe I was a cop in my past life. I should change my name to Isha Cop-ikkar,” she guffaws.

As for the changes to the industry, Isha finds that the atmosphere is a lot less toxic. “There is no hanky-panky on the sets and no unnecessary talk. When I came in, things were very different — Girls were asked to ‘compromise’ and some of them had no choice but to do so because they came from humble backgrounds. I didn’t have to do it, as I had solid familial support. I was neither financially nor emotionally insecure, but what about those girls who had no security at all and were asked to compromise? It was a really sad scenario,” she reveals with a sigh.

The actress finds that everyone is a lot more professional now. “The new generation is so much more focused on their work. I lost a lot of good work because I wasn’t willing to compromise with my values. I was only 23 then, but I knew what I wanted from my life. I didn’t believe in shortcuts,” she concludes.