The 'Sultan' actor further went on to talk about his collaboration with director Anu Menon. 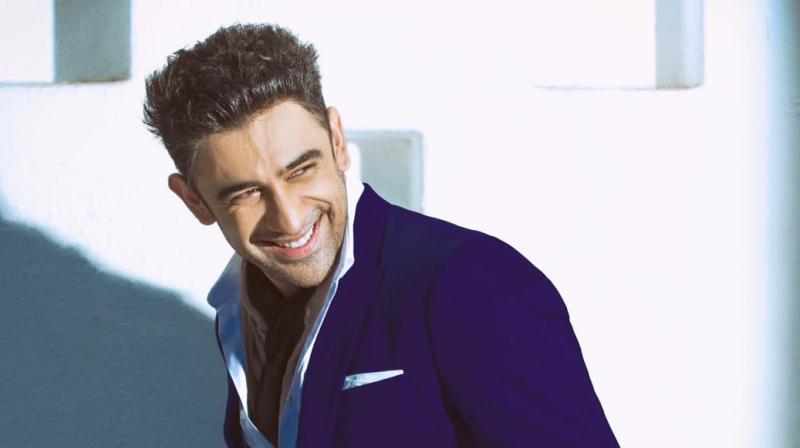 Mumbai: The announcement of Anu Menon’s film 'Shakuntala Devi' starring Vidya Balan, was made recently and has generated quite a buzz already. The film is based on the life of the mathematics genius, or ‘human-computer’ 'Shakuntala Devi' who was known for her ability to make incredibly swift calculations.

The film also stars Sanya Malhotra playing Shakuntala Devi’s daughter Anupama in the film. There’s now an exciting addition to the cast. Actor Amit Sadh has joined the team and will be seen essaying the role of Anupama’s husband and Shakuntala Devi’s son-in-law in the film. Amit has played key roles in films like Kai Po Che, Sultan and Gold and has become a household name with the successful digital series ‘Breathe’.

Speaking about the film, Amit says, “When I read the script I got to know so much more about the life of the incredible Shakuntala Devi. I’m very excited to join a cast featuring a powerhouse talent like Vidya Balan and the amazing Sanya Malhotra. I look forward to bring Ajay’s character alive on the big screen.”

The 'Sultan' actor further went on to talk about his collaboration with director Anu Menon. He says, “I’ve been working with Anu for the last couple of weeks. I respect her craft and precision. Her way of directing and storytelling has enhanced my performance each day. She has helped me understand Ajay’s character and narrative in context to the overall story in a very engaging manner."

Anu says, “Amit has such a credible and charismatic presence in the film that his character forms the perfect foil to the two women, Shakuntala & Anu. As an actor, he totally compliments the craft that Vidya and Sanya bring to the film. Working with him has been sheer joy, he gives in 1000 per cent of himself and his passion is palpable and satisfying for a director.”

The film is presently been shot in Mumbai after a detailed UK schedule. Produced by Sony Pictures Networks Productions and Vikram Malhotra and directed by Anu Menon, Shakuntala Devi will see a worldwide release in the summer of 2020.