My granny, uncle would've felt same disappoinment about them: Mahira on pics with Ranbir

The Pakistani actress reveals that she is a human being to make mistakes, following their controversial pictures. 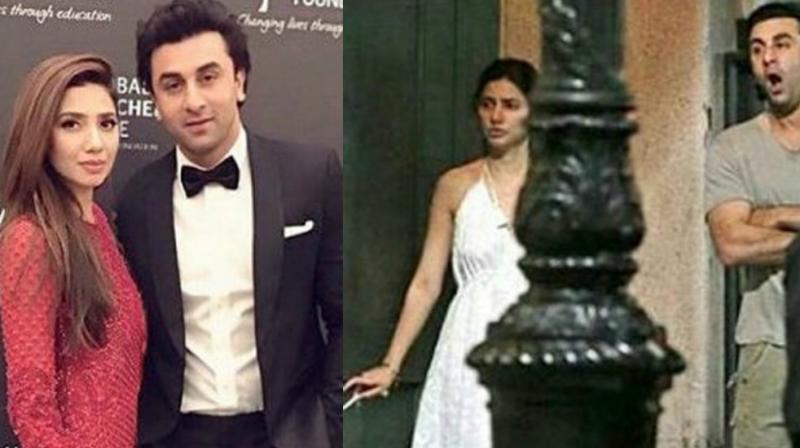 Mahira Khan and Ranbir Kapoor getting snapped at separate events have sparked rumours of their romance.

Mumbai: Nowadays, Bollywood couples are on their guard while hanging out together as they know about paparazzi 'snooping' on them 24x7.

And that’s perhaps why Ranbir Kapoor and Mahira Khan being snapped smoking together in New York made headlines galore.

Moreover, Mahira was questioned for wearing a short dress and smoking, following which numerous celebrities turned up in her support including Ranbir Kapoor, who asked the shamers to stop spreading negativity.

The Pakistani actress went off social media for some time, but broke her silence at an event few days back, saying it was her personal life and very normal for a boy and a girl to hang out.

Mahira opened up further on the incident while talking to a portal recently.

On her silence regarding the leaked pictures, the actress told Something Haute, “I’d be lying if I said that I decided right off the bat that I wouldn’t respond to this controversy. And I’m a very strong woman but when all of this happened, I was completely shattered and broken. I would think about posting a statement every day. Then I would stop myself because I just wouldn’t know what to say.”

She added, “Thankfully, ‘Power Di Game’ was ready to be released, which I thought was perfect timing, so I just posted that as sort of a response to the trolls. But to be honest, I understand where all the criticism came from and it didn’t come from a place of hate. I’m not talking about the trolls but those who were genuinely disappointed to see those pictures. It’s the same disappointment that my nani or my mamoo would have felt seeing that. So even now when I meet an older lady who says that she didn’t like the pictures, I’m quick to apologize.”

Despite the pictures and the criticism, there’s no doubt that the actress has a tremendous fan following in the country and her accomplishments make her a role model for many.

“People ask me if I’m a good role model for my fans, and my response to that is that yes, I am a role model but I’m not the perfect role model. I am human, I make mistakes. And I was really happy to see that there were so many people who stood up for me. It goes to show that the narrative in Pakistan is changing, and if nothing else, I’m happy to have been part of that narrative,” concluded the actress.

We wonder if such extreme reactions against celebrities, especially actresses, will ever stop.